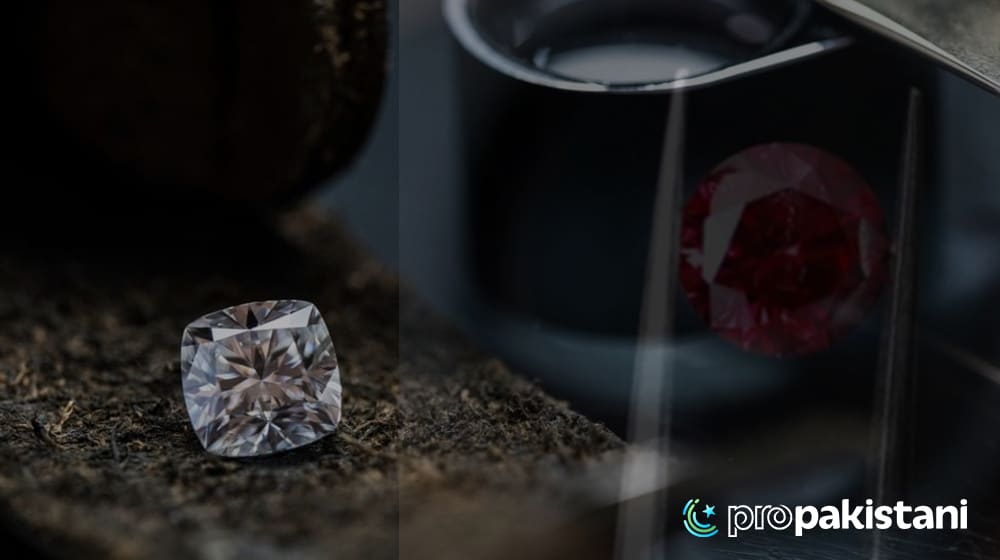 In a meeting at the Governor’s House, Peshawar, the provincial government has expedited the proceedings for the establishment of a state-of-the-art testing laboratory for gemstones.

The new laboratory will administer standard testing, cutting, and polishing practices to enhance the quantity and quality of gemstones in the country, while special attention will be given to the gemstone market in Khyber Pakhtunkhwa (KP).

Governor Shah Farman chaired the joint meeting at his federal residence that was attended by the prominent gemstone dealers of the province. The other attendees included the Chief Executive Officer of International Brands Limited (IBL), the Trade Commissioner to the Belgian Embassy Abid Hussain, and a representative of the Prime Minister’s Task Force on Gemstones.

The minutes of the meeting indicate that the attendees had a detailed discussion on the potential of investments in gemstones. Additionally, various pointers were proposed for the promotion of the local gemstone market as per international standards.

The attendees stated that despite the country’s huge potential in the gemstone market, Pakistan is still a newcomer with years of experience, but limited exposure. They concurred that there is a need to have local players licensed under international certifications, and to revamp the pre-existing facilities with authenticated cutting and polishing instruments.

The attendees also acknowledged a few troubling aspects of the black market where stones are sold at menial rates.

With Pakistan not receiving international validation for its gemstone supply chain, 95 percent of the stones are mostly smuggled to other countries as rough produce for as low as $10 per carat. After being processed, the same product is sold at other international markers for as high as $5,000 per carat.

Economic Prosperity After Establishment of a New Lab

The Governor of KP welcomed a proposal at the meeting for setting up a new testing laboratory in the province. He affirmed that KP is rich in precious gemstones and that the incorporation of a licensed processing facility will help local players sell gemstones as per the international market value.

He suggested that in the event of the local stone produce receiving global recognition, it would rejuvenate an untapped potential that could eventually boost the economy.

In this regard, the International Brands Limited (IBL) expressed the possibility of collaborating with HRD Antwerp, Belgium, to spearhead the authentication and certification landscape of Pakistan’s gemstones industry.