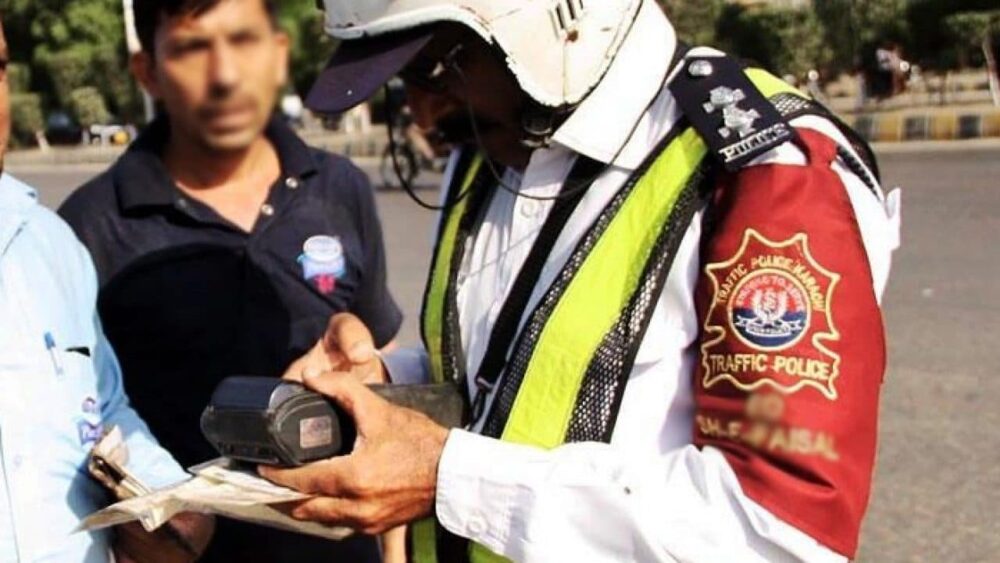 Deputy Inspector General (DIG) Karachi Traffic Police Iqbal Dara has decided to take strict action against the motorists that don’t follow the traffic rules. In his announcement, Dara stated that challans will now be issued to the violators of the lane rules in Karachi.

The DIG said that the motorists driving at slow speeds in the fast lane shall also be penalized. Besides that, he added that challans will also be issued to the drivers of two and three-wheelers if they enter the fast lane.

Furthermore, the DIG added that the use of mobile phones while driving is also prohibited, and any person who is found using his phone will be served with a penalty.

The DIG added that the step is being taken in order to ensure discipline on the roads. He added that the violators of traffic rules are a menace not only to the flow of traffic but also to the safety of other drivers and pedestrians.

He added that the authorities will strictly enforce the abidance of rules on the road and take immediate action against those who are caught violating the rules.