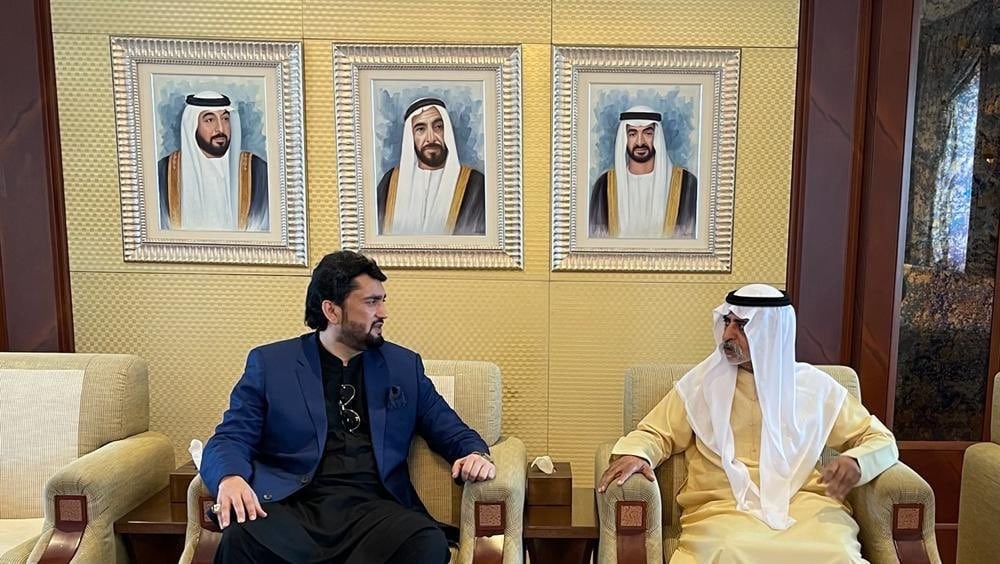 It was the second high-level contact between the two countries after the recent visit of Foreign Minister Shah Mahmood Qureshi to the UAE. The recent meeting was mainly focused on further enhancing bilateral relations between the two states.

During the meeting, Shehryar Khan Afridi conveyed a special message to the Sheikh Nahayan and said that the ties between the two friendly nations would further cement under Prime Minister Imran Khan.

He said that Pakistan and UAE had a wonderful relationship and both the countries would further these ties in the near future.

“UAE and Pakistan are tied in decades of brother ties and the Overseas Pakistanis living in the UAE have provided further impetus to the historical and friendly ties between the two states,” said Sheikh Nahayan.

He added that due to the vision of Prime Minister Imran Khan, the Abu Dhabi group would increase their investments in Pakistan and a new project worth US$ 500 million would be started in Pakistan soon.

Shehryar Khan Afridi raised the issues faced by the overseas Pakistanis in the UAE and requested Sheikh Nahayan to play a role in resolving those issues.

Sheikh Nahayan assured Shehryar Afridi that the problems faced by the Pakistani diaspora in the UAE would be resolved amicably.

He also acknowledged the services of Pakistanis based in the UAE that helped the UAE develop into a modern country.

Sheikh Nahayan said that the UAE has become an attraction for the world investors and Pakistanis along with people from all over the world have been representing their culture really well.

He appreciated Shehryar Khan Afridi’s efforts in activating the youth of Pakistan on the issue of Indian Illegally occupied Jammu and Kashmir, stating that it was the need of the hour.

Towards the end of the meeting, Sheikh Nahayan said “I would like to extend my good wishes to the Prime Minister of Pakistan Imran Khan for all his future endeavors.”

Today I had the privilege to make a call on the UAE Minister for Culture & Youth Excellency Shekih Nahayan bin Mabarak Al-Nahayan & conveyed a special message from Prime Minister Imran Khan @ImranKhanPTI. We agreed that Pakistan & UAE would grow together as modern Islamic states. pic.twitter.com/mvWGB440Bd