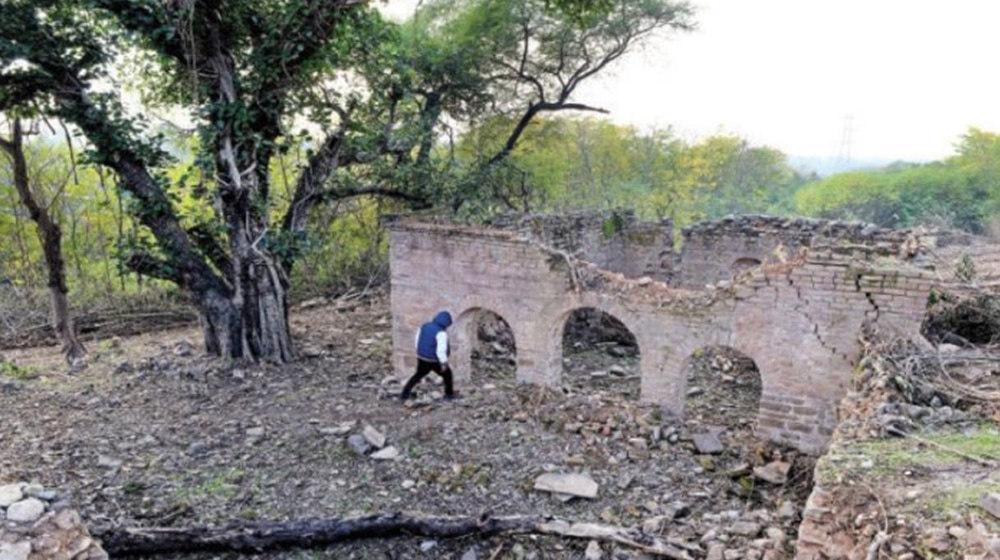 Authorities have now concluded that the ruins of a mosque, near the Lotus Lake in Shakaparian, are almost 500 years old. The new findings have surfaced after the Capital Development Authority (CDA) sought opinion of outside counsel to ensure validity of local reports.

Previously believed to be just over a 100 years old, reports suggest the mosque can now be declared an archaeological site in the event the recent findings are successfully reviewed by competent authorities.

As per details, the Environment Wing of CDA came across the ruins of the old mosque during a scheduled restoration project at Lotus Lake.

Upon detailed scrutiny of the site, authorities were able to confirm their findings by running back a few samples of a banyan tree located in the mosque’s courtyard. As per lab results, the tree is believed to be almost 500 years old, thus posing a question over the mosque’s actual age.

During CDA’s visit of the site, the Director General Environment urged his team to devise plans to restore the mosque to its archaic brilliance. Speaking at the occasion, he said,

He further suggested the routine involvement of archaeological experts in the restoration plans, scheduled to commence in the next few weeks.

In its short but eventful tenure at the helm of capital realty, the CDA has restored and developed places like the 2400-year old Sadhu ka Bagh and Shah Allah Ditta caves.

In terms of preserving the green belt etched across capital demographics, the authority has preserved Banyan, Mango, Phulai and Peepal trees. Construction plans for national parks have also been proposed, pending government approval.