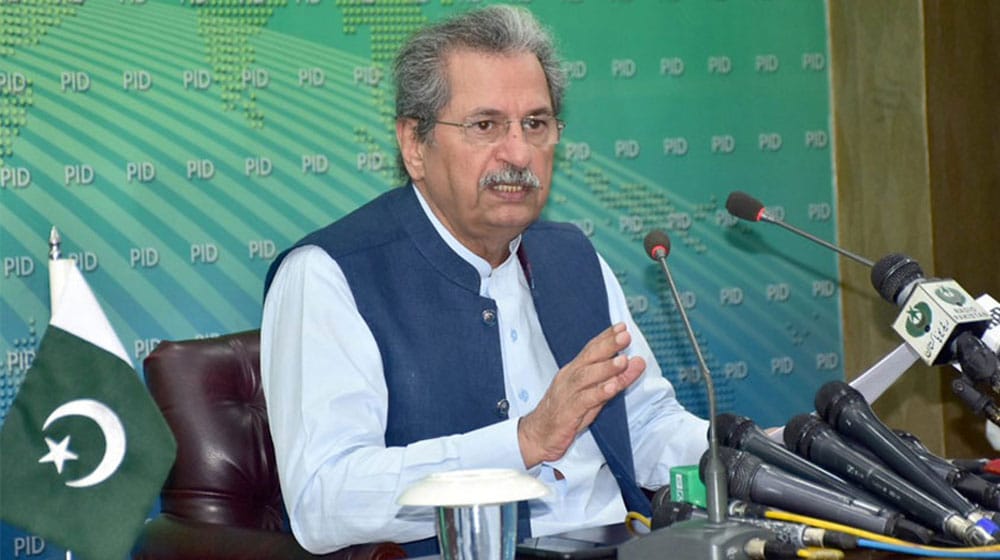 The government has announced various reforms in civil services to improve the performance of government employees and departments, said Minister for Federal Education and Professional Training Shafqat Mahmood, while addressing a press conference here today.

The minister said that the promotion of civil servants will depend on a process involving a forty percent share of Annual Confidential Reports, thirty percent training, and thirty percent board evaluation.

He said the promotion of the official facing a reference will be deferred. About premature retirement, he informed that the Federal Public Service Commission (FPSC) Chairman will decide the cases from BS-20 while the decisions from scales 17 to 19 will be taken by Secretary and up to 16th scale by a senior joint secretary.

He said three below average or average ACRs can serve as a ground for the premature retirement of an official. He said the plea bargain option availed by an official can also provide ground for retirement.

As for amendments in Efficiency and Discipline Rules, the Minister said it has been decided that an inquiry committee will give its decision in 60 days, and the authority will take a decision of punishment in 30 days.

He said disciplinary action may also be taken against the person availing plea bargain option in a case. He said multiple inquires against an official will be clubbed.

Mahmood said the Cabinet Committee on Institutional Reforms also decided some changes in appointment in MP scale. He said the period has been increased from two to three years, and it can be further extended.

He said a post on MP scale can be publicized and a suitable person can also be picked from the market. Regarding rotation policy, the Minister said no officer can stay in provinces beyond 10 years.