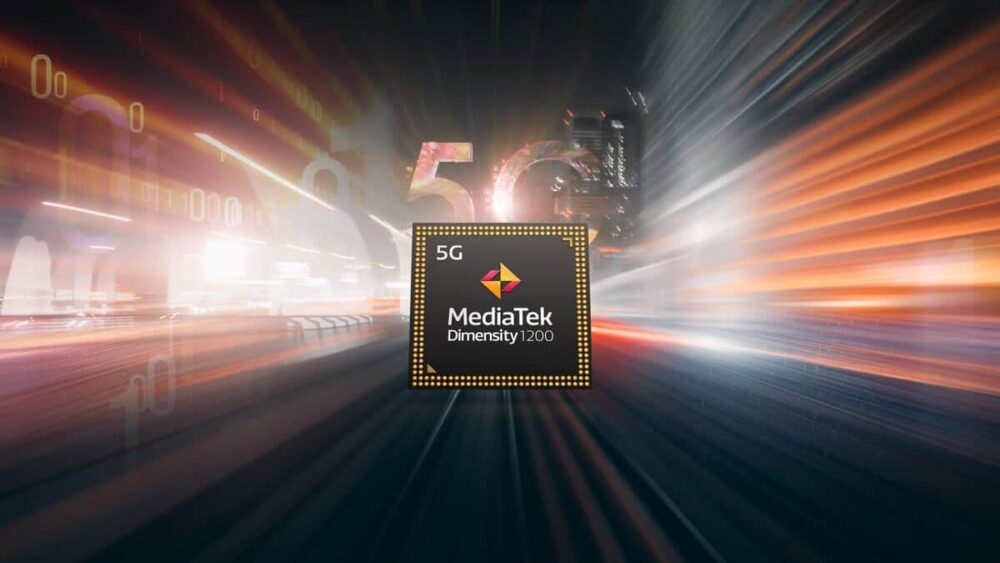 MediaTek’s entire Dimensity lineup was based on the 7nm process up until now that the company has unveiled its first 6nm chips, the Dimensity 1200 and 1100. These new chips will feature on high-end as well as flagship grade Android phones by Xiaomi, Oppo, Vivo, Honor, and a few other brands.

The two chips are based on the same raw hardware but have a few minor differences. The Dimensity 1200 is the premium offering out of the two featuring a CPU configuration of 1+3+4. It has a prime Cortex A78 core running at 3.0GHz and three additional A78 cores at 2.6GHz. The rest of them are four power-efficient A55 cores running at 2.0GHz.

As a comparison, overall CPU performance is 22% better than before and power efficiency is up 25% compared to previous generations.

On the other hand, the Dimensity 1100 does not have a prime core as it has all four Cortex A78 cores running at 2.6GHz. However, even without the higher clock speeds, the Dimensity 1100 still has an advantage over previous generations due to advanced architecture. This gives it an edge over previous generations in terms of single-core and multi-core performance.