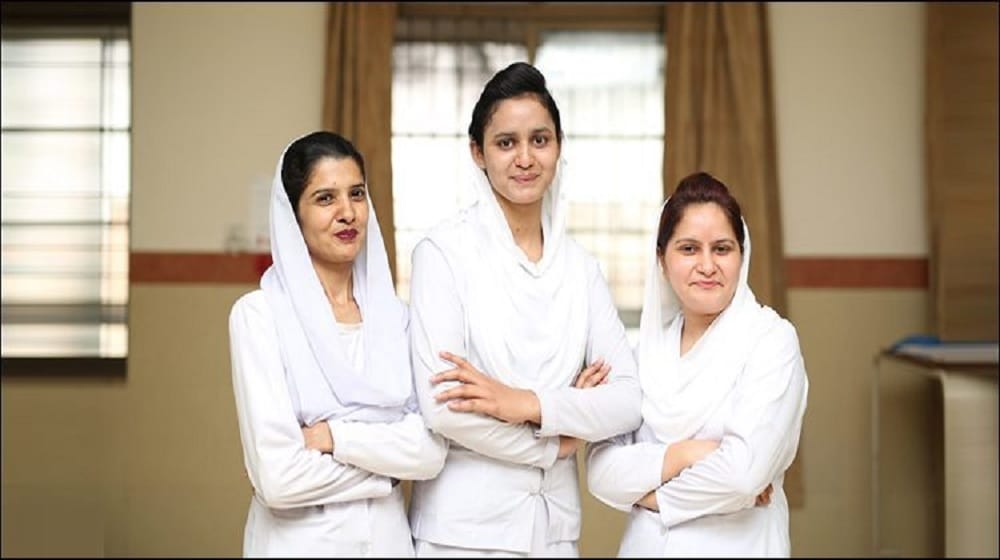 All 44 nursing schools in Punjab were upgraded to colleges on Tuesday in a development that entails their graduates being awarded degrees instead of diplomas.

Pakistan Nursing Council (PNC) approved the up-gradation of nursing schools to nursing colleges on the directives of Provincial Minister for Health, Dr. Yasmin Rashid, and as per the vision of Prime Minister Imran Khan and Chief Minister Sardar Usman Buzdar.

The Minister for Health said that nurses will now be able to acquire Masters and Ph.D. degrees and that no previous government had taken such a momentous step for the welfare of nurses.

For the first time in history, 500 male nurses have been recruited by the government. The Shahdra Nursing College has been reserved for the training of male nurses. In the next two years, another five nursing colleges will be set up.

Dr. Rashid declared that all the graduating nurses will be awarded a BSc degree that will be accepted all over the world. Additionally, the number of enrolments per year will be increased from 1,600 to 2,350 in an attempt to improve the level of the nursing profession.

The Minister for Health added,

Two midwifery schools will be upgraded to midwifery colleges in Lahore and Chakwal. The improvement in nursing and midwifery cadres was need of the hour. For the first time, our government has hired 5,000 nurses including male nurses. We have sent a requisition to the Punjab Public Service Commission for the hiring of another 1,700 new nurses, including 10 per cent quota of male nurses. The Government of the Punjab is taking historical steps for improvements in nursing. In hospital settings, the role of nurses is of critical importance among staff.

She highlighted the efforts made by the incumbent government in transforming the nursing schools into nursing colleges over the last two years, adding that efforts are also being made to facilitate the Masters’ students to proceed to PhDs at Aga Khan University.