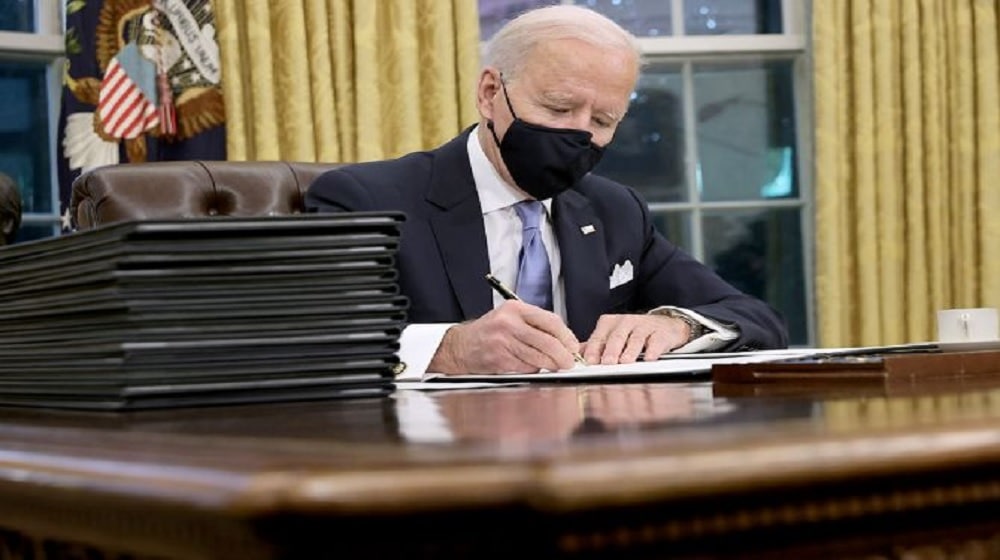 The new President of the United States (US) of America, Joseph Robinette Biden Jr. signed a series of executive orders from the Oval Office on Wednesday that includes lifting the travel ban on several Muslim countries and America rejoining the Paris climate accord and the World Health Organization (WHO).

Biden signed the executive order lifting the travel ban on citizens from several countries including Eritrea, Yemen, Nigeria, and Sudan to revoke the controversial immigration policies of his predecessor, Donald Trump. This is a momentous step and it is anticipated that it will end the era of Islamophobia of the previous regime.

Emirates Launches Global Sale With Flights From Dubai to Karachi

Biden also reversed the decision taken by Trump to withdrew America’s membership from WHO at a crucial time during the pandemic in April 2020. He has now decided to send a delegation led by the top US infectious disease specialist, Anthony Fauci, to the 148th session of the WHO Executive Board.

The new president signed the order for the US to rejoin the Paris Climate Agreement and has ordered all the federal agencies to “immediately review and take appropriate action to address” the Trump-era policies that were destroying the environment and public health. He has also decided to establish new limits on methane emissions, new vehicle mileage standards, and emissions limits.

Furthermore, Biden has signed an executive order to stop the construction of the wall along the US-Mexico border.

He has also ordered people to wear masks and keep their distance from each other and has launched a ‘100 Days Masking Challenge’ to encourage them to wear masks.