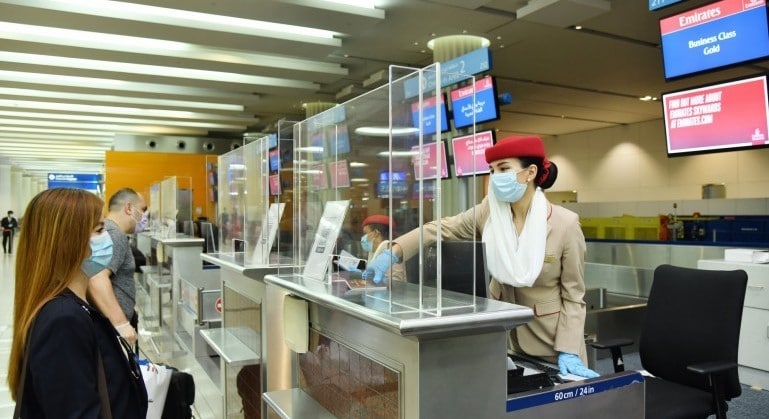 The COVID-19 pandemic changed everything. One of the worst-hit industries in the world has been travel and tourism, which was primarily impacted by the air travel restriction implemented by countries all across the globe.

However, with time, as the wave of cases marginally dropped, some countries opened their borders for visitors. Dubai became one of the first cities in the world who started welcoming tourists since the pandemic happened.

Airlines resumed service but travel was never the same. To experience travel during the pandemic, we decided to take a flight to Dubai with Emirates airline with the motive of documenting for our readers exactly how it is to travel under such unprecedented circumstances. 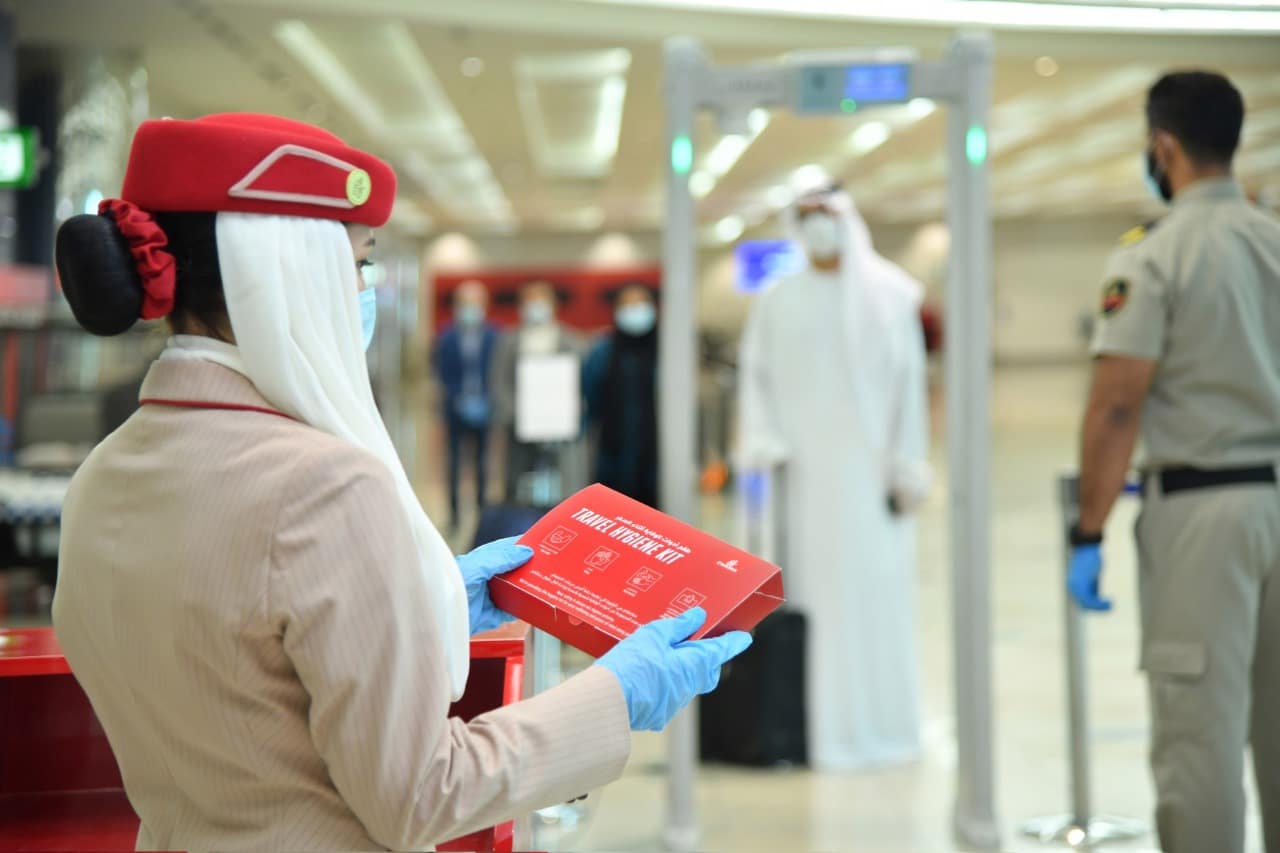 As a part of the protocols, set by the governments of Pakistan and the UAE, passengers traveling between the two countries must present a negative COVID-19 test report at the check-in counter. I took my PCR test from one of the approved labs from the government.

The test result’s validity cannot exceed 96 hours from the time of the flight. Emirates had shared a detailed list of guidelines with us about the safety precautions during the flight. It was mandatory to have a face mask on at all times during the journey.

After presenting the negative test results and all due verifications, I was given my boarding pass. It was nice to see that the staff at the Emirates counter was wearing both masks and gloves. They were also making sure that passengers waiting in queues were maintaining a distance amongst themselves.

As I entered the Emirates aircraft, I made some very important observations about the changes the airline had made. I could see that the cabin crew was putting a conscious effort to make sure every passenger was keeping a safe distance while moving inside the aircraft. 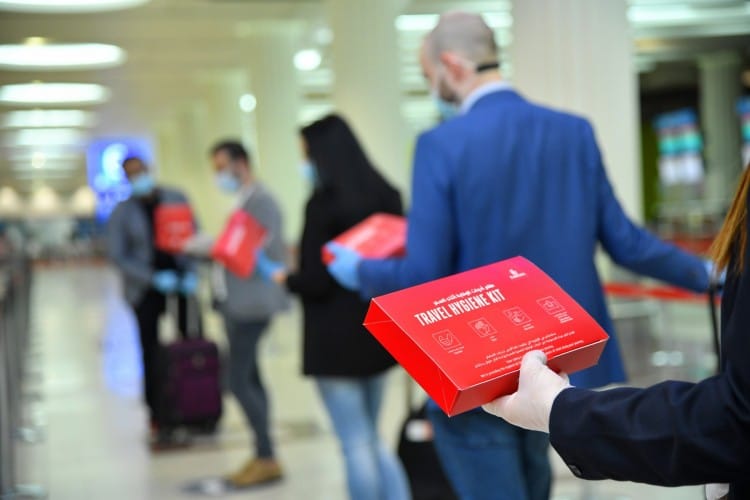 The boarding exercise was also conducted in small groups with passengers from each zone being called in separately to ensure it did not become too crowded. Every member of the cabin crew had donned the personal protective equipment (PPE) along with a face shield and gloves.

Upon settling down, all passengers were provided with a hygiene kit that included a mask, gloves, hand sanitizer, and antibacterial wipes. Meanwhile, before takeoff and even during the flight, the cabin crew was going around ensuring no passenger had their marks pulled down at any time. The only time we were allowed to pull our masks down was when we had to eat or drink.

While many things were different about this flight in terms of the safety measures, what did not change was the excellent experience Emirates usually provides to its customers. We traveled in Business Class and it was an experience to remember.

The recliner seat was an absolute joy and the experience was made better by ice, Emirates’ inflight entertainment, which features over 4,500 channels and also includes content in Urdu. To top this off, we were offered a range of complimentary drinks followed by a sumptuous multi-course meal which was regionally inspired by the famous sub-continent cuisine.

During the flight, I had the chance to chat with a member of the very friendly cabin crew and we talked about the other safety measures the airline has implemented. She told me that all Emirates aircraft go through an enhanced cleaning and disinfection process.

All lavatories are frequently disinfected and if the flight is longer than 1 hour 30 minutes, they add an extra member of their cabin crew dedicated to cleaning the lavatories. Interestingly, Emirates also makes sure that the cabin air is constantly cleaned through advanced HEPA air filters which are apparently as powerful as the ones used in hospitals. Fascinating stuff!

Upon arrival, we were given a form to fill which asked about any symptoms that we may have been feeling, and were then directed to a dedicated area for a round of COVID-19 test which was free of cost for all passengers arriving in Dubai.

The test was taken in a systematic way after which we headed to the baggage collection area and that is where our journey ended. The test took about 13 hours to arrive. Passengers can check results either on the official Dubai Health Authority website or if they have a UAE sim, they get an SMS.

All in all, it was good to see Emirates implementing some very strict measures to ensure the safety of their passengers of most importantly, win their trust back for them to be able to travel with confidence again.

I thank Emirates for sponsoring my trip to Dubai.

Akram Ali is a travel and tech enthusiast who happens to be the Head of Sales at ProPakistani.