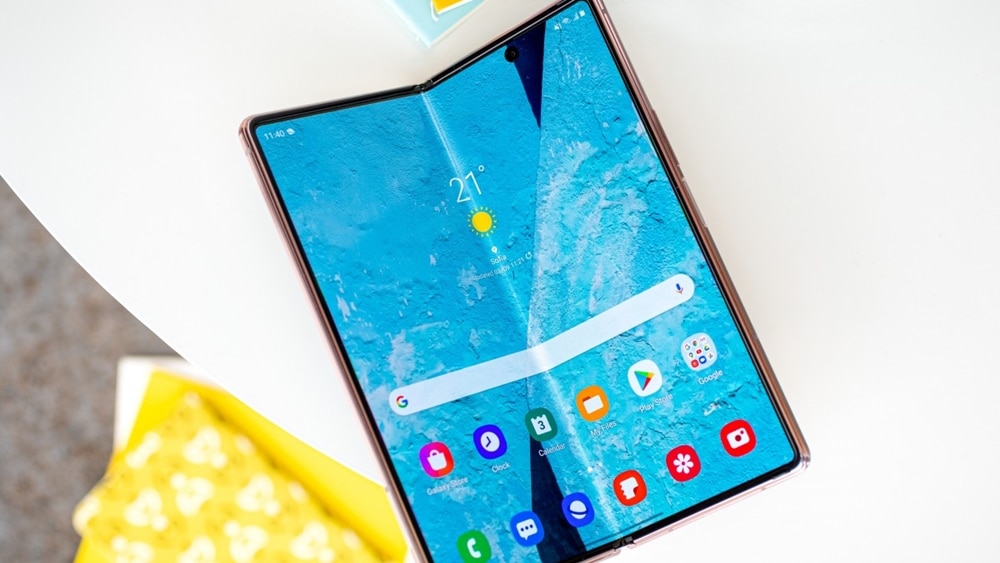 In December last year, Ross Young, the founder, and lead analyst at Display Search and DSCC revealed that OEMs like OPPO, Vivo, Google, and Xiaomi are working on foldable smartphones of their own that will break covers in 2021. Endorsing this leak, last week, a Xiaomi foldable phone with a nasty crease in the middle was spotted on the Subway in China.

Now, a new leak by the infamous digital chat station disclosed that Chinese OEMs including Xiaomi, Oppo, and Vivo are on schedule with their foldable handsets. The said smartphone manufacturers are gearing up to enter the foldable market by the end of this year.

We don’t have any more information on the upcoming foldable. However, we do know that the recently spotted phone is not the final device and is a prototype since the device has a huge crease and is subpar as far as the looks are concerned.

Apart from revealing information about the upcoming device, the leakster talks about Samsung and its overseas shipments of foldable displays. The company has raised the number of foldable displays shipped. Hence, we might see a big wave of adoption of the firm’s seasoned flexible screen technology and the adoption of Samsung Galaxy Fold like hinge mechanism by Chinese OEMs.

Nevertheless, the information has not been authenticated by official sources so take it in with a pinch of salt.