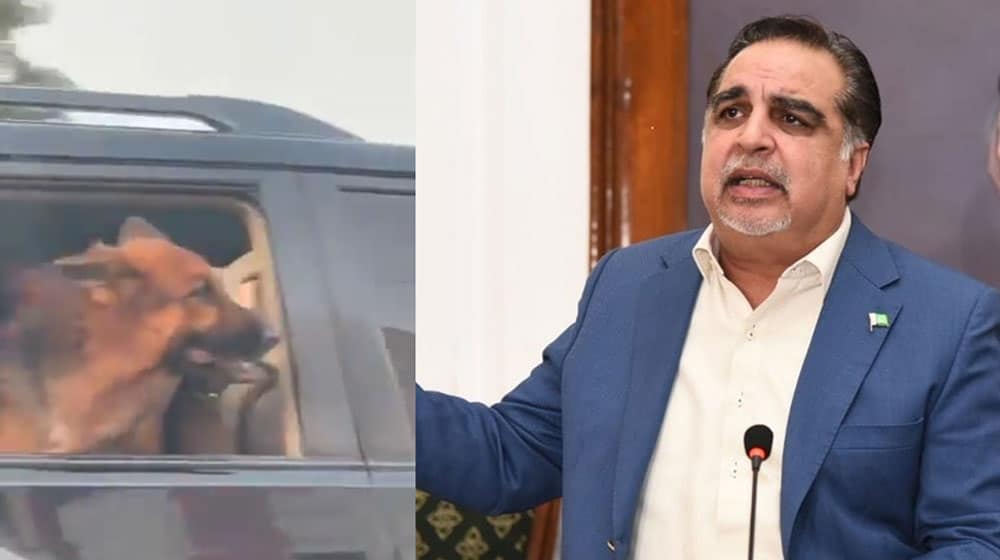 The Governor of Sindh, Imran Ismael, has issued a clarification regarding a video of his ‘dog riding in protocol’ that recently attracted a lot of criticism on the Internet.

He released a video message on Thursday in response to the viral video, saying that his pet had been traveling with his family members and that the police mobile had not been stationed there as protocol but to provide security to every Governor’s family.

Ismael had come under fire after the video showing his dog riding in a Governor House vehicle with a police van following as protocol took the internet by storm. There had been no other person visible in the vehicle with tinted glass apart from the dog that had his head hanging out of the window.

However, the Governor has claimed that his wife and the daughter had been in the vehicle and that their dog had been traveling with them.

“The police van was not there for protocol but to protect the family,” he said, adding that recording the video had been a “frivolous move” and highlighting the issue had been uncalled for.

He also criticized the Minister for Information Science and Technology, Taimur Talpur, for filming the scene, and called him a part of a corrupt government. He said,

The person who made the video is part of a corrupt government.

He said that the motive of the PTI-led government is to bring change in the country and that it will accomplish its mission.

VIP movement for one of the pets of PTI🐕🚔#NayaPakistan#SaddakuttakuttaTaudakuttaSherro pic.twitter.com/dZr7hgaIcr

Minister Talpur had posted the video on his Twitter account on Wednesday. While speaking on a TV channel, he stated that he recorded the instance after exiting the Chief Minister House following a meeting.

Following the incident, #گورنرکی_گاڑی_میں_کتا has been trending on Twitter and involves Twitterati bashing the incumbent government for its alleged double standards.

Here is a look at what people have been saying on the issue:

The donkeys were having fun. In the new Pakistan, now the donkeys have started giving high quality protocol to their dogs#گورنرکی_گاڑی_میں_کتا pic.twitter.com/yXcB64NM7T