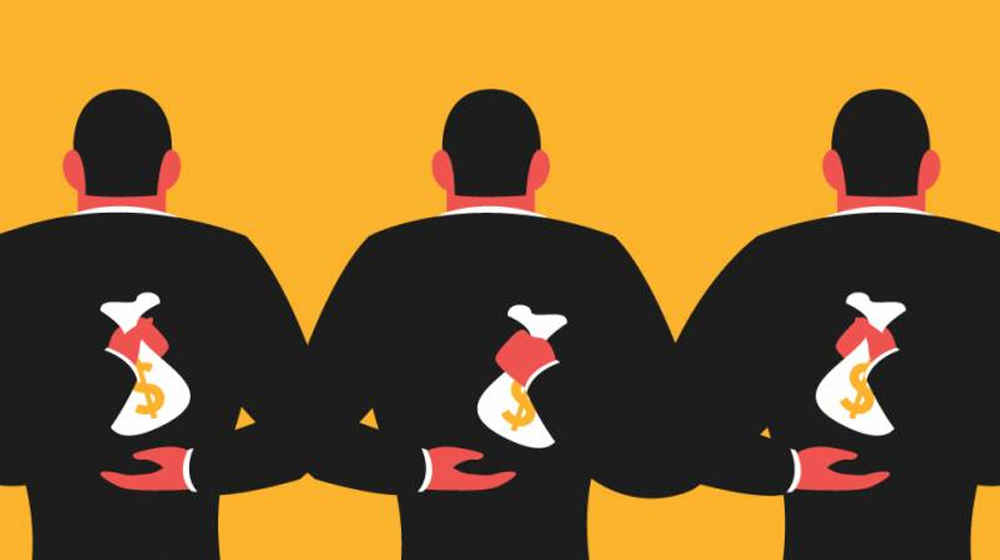 Transparency International (TI) released its annual Corruption Perceptions Index (CPI) for 2020 on Thursday, highlighting how corruption has not only contributed to democratic backsliding but also the deterioration of healthcare systems worldwide, amid the COVID-19 pandemic.

Changan Master Motors is Trying to Curb The Menace of Own Money: CEO Changan

In Pakistan’s case specifically, TI Pakistan Chairman, Sohail Muzaffar, has said that in CPI 2020 report, Pakistan’s score has lowered to 31 (out of 100) from 32 in 2019, while Pakistan’s rank has fallen to 124 (out of 180) from 120 in 2019. He said that this decline has come despite the efforts of the National Accountability Bureau (NAB) to curb corruption in the country.

He also said that Pakistan scored less than last year in two sources: Rule of Law Index and Varieties of Democracy (VDem), due to which Pakistan’s score in CPI 2020 has reduced by 1. He said that the government has to improve its performance in these four sectors.

Meanwhile, countries that perform well on the index invest more in healthcare, are better able to provide universal health coverage and are less likely to violate democratic norms and institutions or the rule of law.

Chair of Transparency International, Delia Ferreira Rubio, regarding the report, said, “The past year has tested governments like no other in memory, and those with higher levels of corruption have been less able to meet the challenge. But even those at the top of the CPI must urgently address their role in perpetuating corruption at home and abroad.” 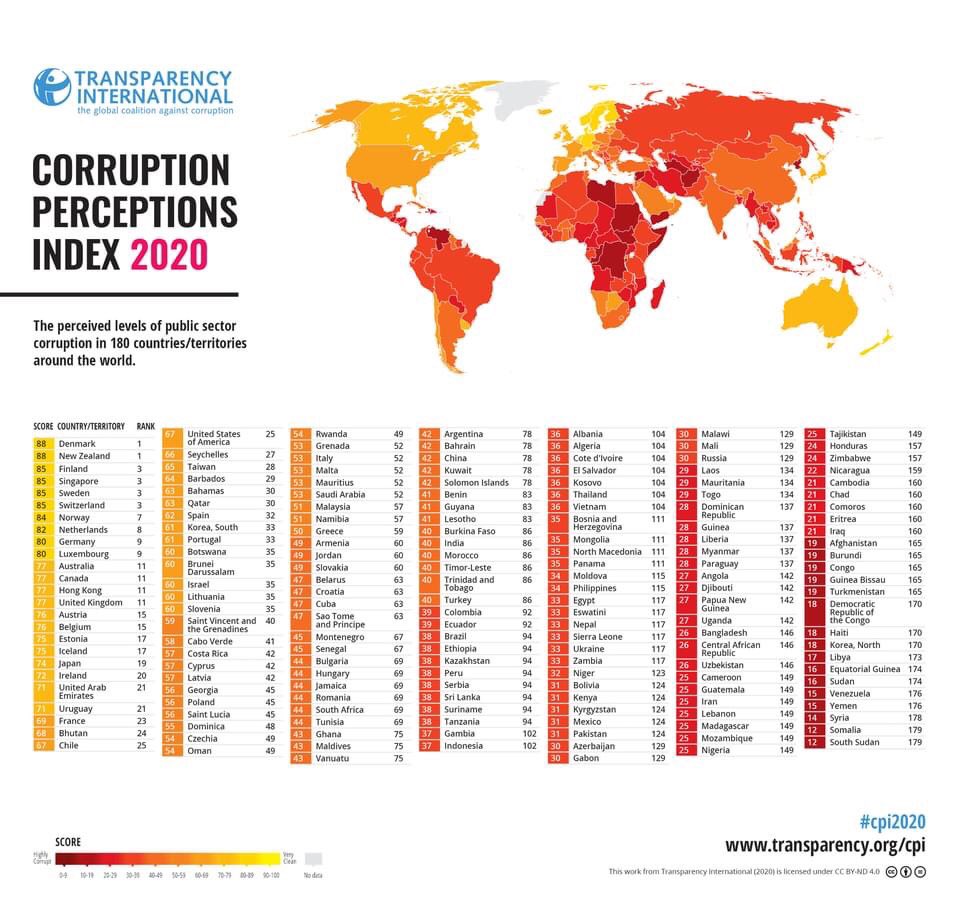 The 2020 edition of the CPI ranks 180 countries and territories by their perceived levels of public sector corruption, drawing on 13 expert assessments and surveys of business executives. It uses a scale of zero (highly corrupt) to 100 (very clean).

Nearly half of countries have been stagnant on the index for almost a decade, indicating stalled government efforts to tackle the root causes of corruption. More than two-thirds score below 50.