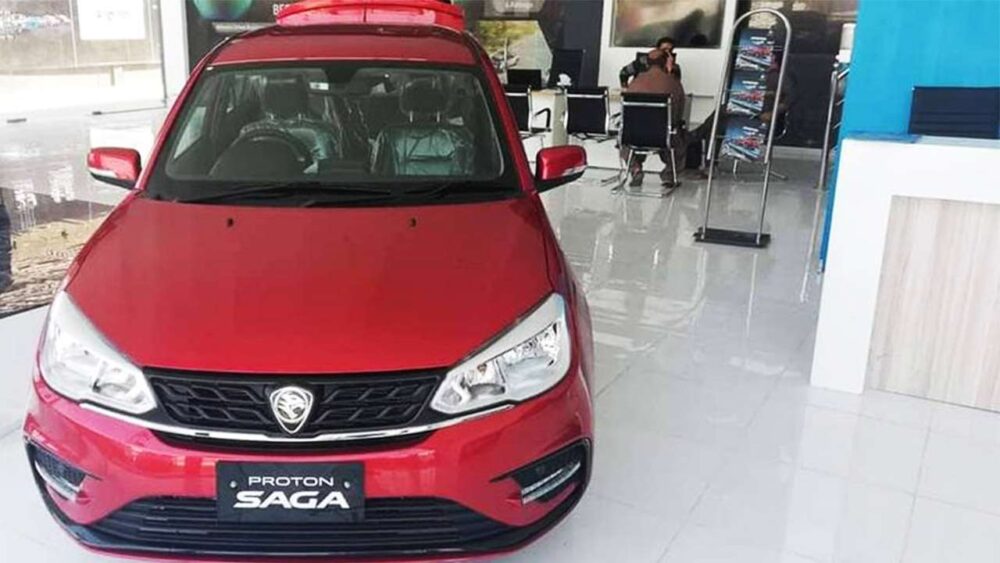 The compact sedan segment has a lot of potential in terms of becoming one of the top segments in the Pakistani automotive market. The launch and the raging success of the Toyota Yaris is proof of the popularity of the said segment.

Plus, the recent launch of Changan Alsvin has also received a warm welcome, as the automaker reportedly sold out all of the available units within a few days of the price announcement.

However, a general public notion still suggests that the said segment still doesn’t nearly have enough options for the people to benefit from. Well, the news is good because, as per our sources in the auto-industry, Proton will be debuting the Saga sedan in Pakistan within a month’s time.

Initial reports suggested that the company would launch the said vehicle in January 2021, however, those plans could not be realized for unknown reasons. However, as per our source, the Saga will be making its debut within the next 4 weeks

To recap, however, Proton Saga is a subcompact sedan that doesn’t really have any competition in the market at the moment due to its super-compact size and low-price tag. The vehicle will come in three main variants, i.e. the Standard Manual, the Standard Auto, and the Premium Auto.

All variants will feature a 1.3-liter, naturally aspirated 4-cylinder petrol engine that makes 94 horsepower and 120 newton-meters of torque. The manual variants will be mated to a 5-speed manual gearbox, while the automatic variants shall have a 4-speed CVT automatic transmission.

Although the price of the vehicle will be revealed upon its official launch, a source from within the company did hint that the car will be reasonably priced. He said that the Saga sedan is to Malaysia what Suzuki Mehran was to Pakistan in terms of affordability and that Proton seeks to have the Saga sedan be an ‘every man’s car’ in Pakistan which offers the best value for money to car buyers.