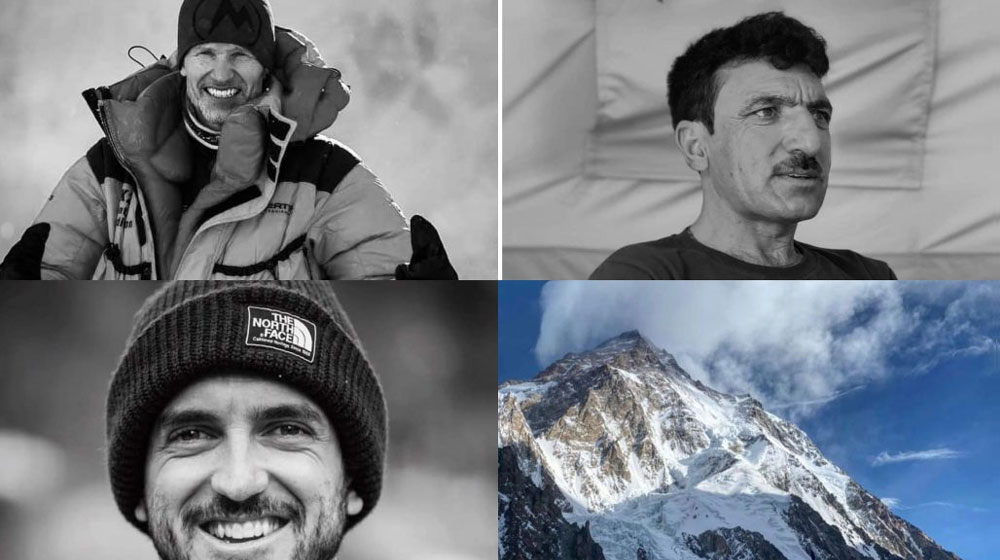 The families of the three missing mountaineers from Chile, Iceland, and Pakistan have decided to continue the rescue mission after 72 grueling hours of nonstop intensive rescue efforts were halted due to unfavorable weather.

The climbers Jon Snorri, Ali Sadpara, and Juan Pablo Mohr had grouped together to summit the K2, the last 8,000-meter peak unclimbed in the winter until a team of 10 Nepalis had summited earlier this year.

Rao Ahmad, who has been a long-time friend of Ali Sadpara, Ali’s Sadpara’s son Sajid, and British-American climber Vanessa O’Brien, a Pakistan’s Goodwill Ambassador who had summited K2 with Snorri, are stationed at a virtual base camp to ensure a thorough search and rescue effort.

Representing the families of the missing climbers, O’Brien has requested the government of Pakistan to continue to provide search and rescue support once the weather conditions improve.

The Biggest Search and Rescue Mission

Meanwhile, the government is planning to launch the biggest search operation in the history of Pakistan to locate the missing climbers. The Ecureuil helicopters that are being used in the mission cannot operate above 7,000 m, whereas the climbers are believed to be somewhere above the bottleneck which is at an altitude of over 8,100 m.

The Pakistan Army had decided to field its C-130 aircraft to conduct a special forward-looking infrared (FLIR) mission. Although the FLIR cannot operate at that altitude and temperature, the entire death zone will be photographed with the latest camera installed in the plane.

Meanwhile, the Secretary of the Alpine Club, Karrar Haidri, said that the mission will continue but poor weather conditions are hindering it.

“It is very cloudy today and visibility is low. Hopefully, the weather will improve,” he added.