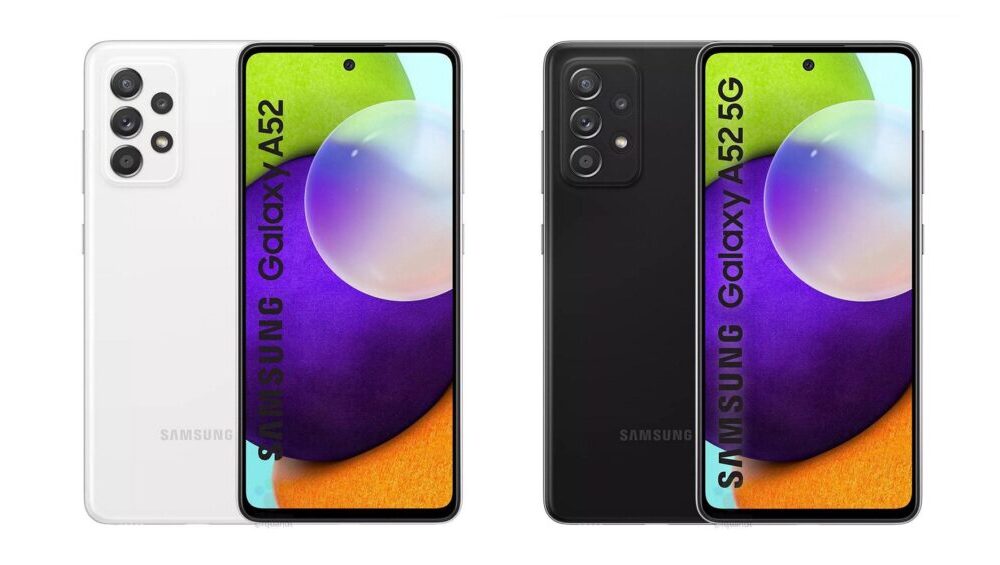 Samsung Galaxy A52 4G and 5G and are the latest upcoming members of the Galaxy A series that have appeared in leaks over the past few weeks. There is still no official word on the two siblings, but now they have appeared in another leak revealing almost all details on the two.

This leak not only talks about detailed specifications but also reveals the design as well as the possible price tags for the upcoming devices. 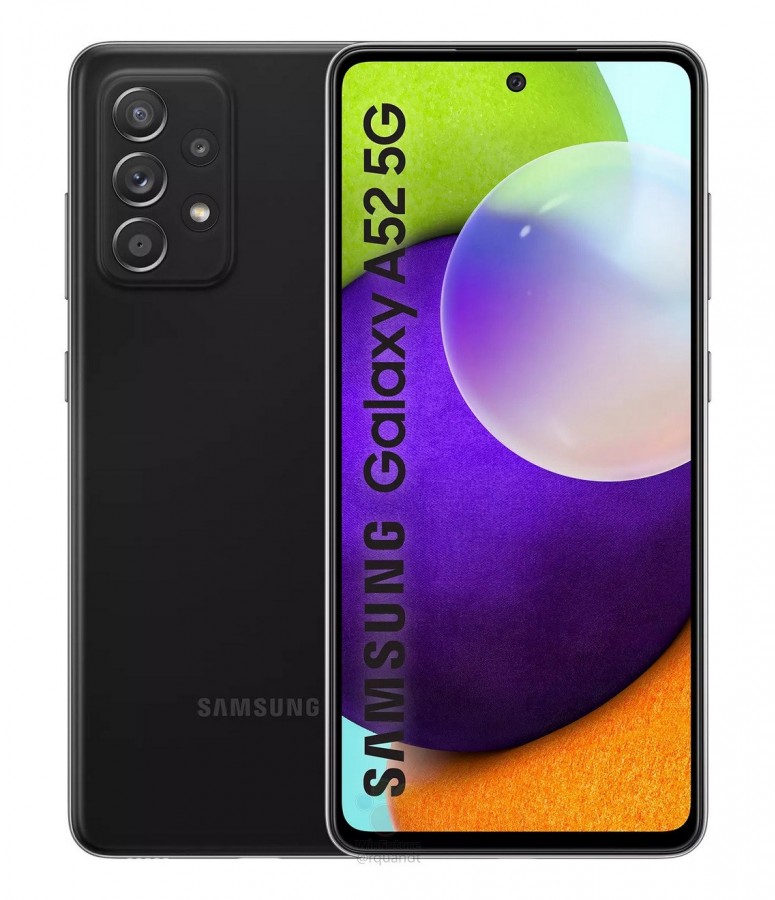 The Galaxy A52 4G and 5G were previously spotted on Geekbench, which revealed the Snapdragon 720G and Snapdragon 750G on the two phones, respectively. The new report goes in line with that reveal and also adds that the phones will have 6GB/128GB and 8GB/256GB memory configurations for both 4G and 5G models. There will be room for expandable storage through a microSD card and the phones will boot Android 11 with One UI on top.

The report adds that the two phones are identical except for chipsets and connectivity. This means that both phones will have a 6.5″ FHD+ AMOLED screen with an under-display fingerprint sensor. There will be a punch-hole 32MP selfie camera at the top as shown in the image. A previous leak mentioned that it will be a 90Hz panel.

The massive main camera on the back will come with a 64MP primary camera, an 8MP ultrawide unit, a 5MP depth sensor, and a 2MP macro camera. The 4,500 mAh battery will draw power from a USB C port with up to 25W fast charging, though the box may have a 15W adapter instead.