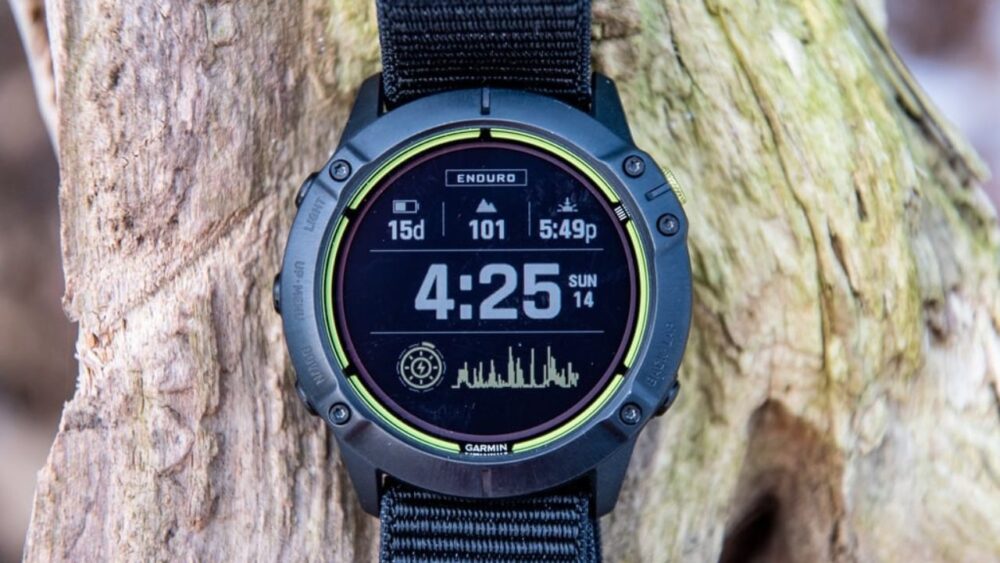 American watchmaker Garmin has added another smartwatch to its lineup of wearables called the Enduro smartwatch with a rare feature onboard and enormous battery life. The watch is not only able to last 65 days of use, but can also charge up using solar power, an uncommon feature among smartwatches. The company describes the new Garmin Enduro smartwatch as an “ultraperformance GPS watch”. The display is a 1.4-inch OLED panel that has been optimized for the best performance under sunlight and has a resolution of 280 x 280 pixels.

The battery capacity has not been revealed, but despite having extensive battery life, the new Garmin smartwatch is a lightweight device. The steel version weighs only 72g and the titanium variant is weighted at 58g.

However, it is worth mentioning that there are several modes onboard and the 65-day battery life is possible in “smartwatch mode” when it’s used with solar power. According to the company, the battery can last up to a year with solar charging. The usual smartwatch features are all here as well. There is a built-in GPS, continuous heart rate monitoring, advanced sleep-tracking, SpO2 monitoring, and several other sensors for health monitoring. The watch can easily be paired with Android and iOS smartphones.

The Garmin Smartwatch comes at a staggering price of $800 and the Titanium version will cost you $900. It is only available on Garmin’s own website for now.