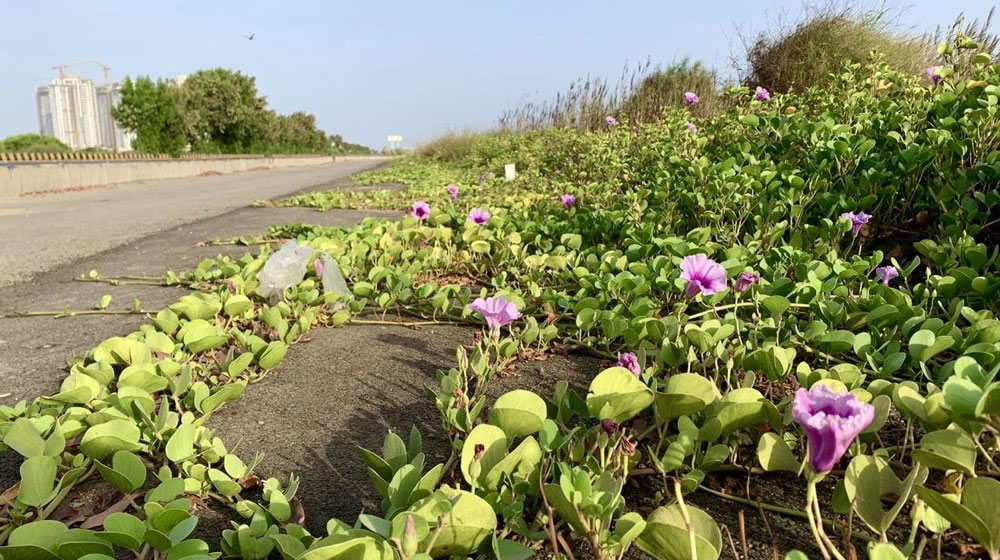 The Clifton beach, despite being one of the most frequent recreational spots for residents of Karachi, had long been dotted with heaps of garbage and industrial waste. But not anymore, because Masood Ahmed Lohar, an Alleviation and Climate Action expert, and his team of volunteers are spending days and nights to turn this place into an Urban forest.

Masood and his team have spent days ridding the three acres of land of debris, litter, and industrial and medical waste.

While digging out debris, they also created debris mounts in front of the sea. Now those hills serve as shields for the saplings against the salt spray from the sea.

Over the years, due to our own callousness, our ecosystem has been compromised. But we are going to plant some three million trees to create a jungle here. Once the saplings being planted there take root, it will surely do its share of work in regenerating biodiversity.

When asked about his project, Lohar, who has previously worked with UNDP Global Environmental Finance (UNDP-GEF) Unit, said:

It was there that I managed to ready one million saplings of peelu trees. We wanted to plant these trees, but where? The Navy offered us to land at Sandspit, Murtaza Wahab also got in touch about letting us plant our trees in a park but we needed more space for so many trees. That’s how we got this place.