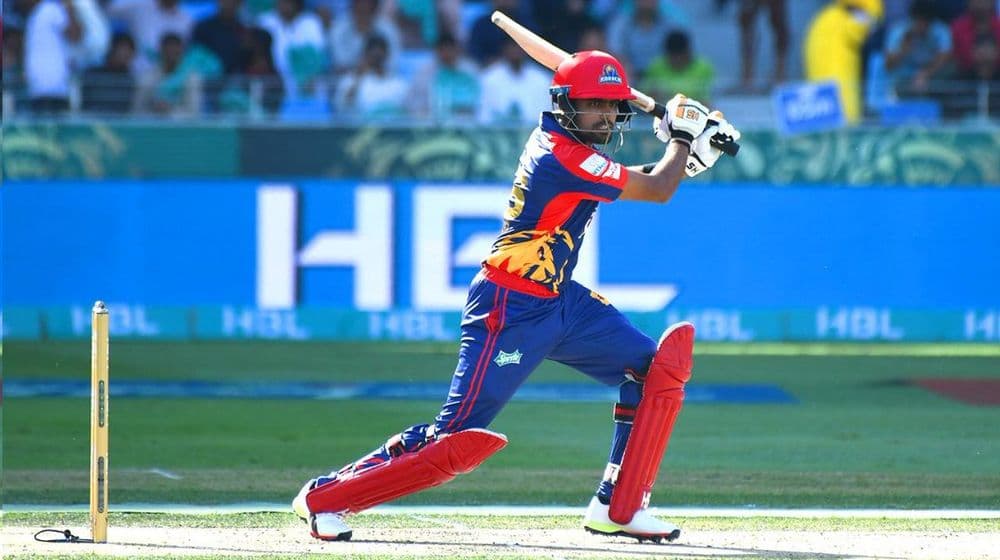 Babar Azam has a knack for breaking batting records and has registered another record to his name by becoming the highest run-scorer in the Pakistan Super League.

In the opening match of the PSL 2021, Babar overtook Peshwar Zalmi’s Kamran Akmal to make history. At the start of the tournament, Kamran led the run-scoring charts with 1,537 whereas Babar was in second place with 1,516 runs at 37.90 in 47 matches.

Here Are The 5 Biggest Stars of PSL 6

It meant that Babar needed only 21 runs to dethrone Kamran Akmal and he did it on his way to 24 runs off 20 balls. Although he would be disappointed with his batting display, he will be hoping to pick his form in the coming matches.

Akmal’s 1,537 runs have come at an average of 29.00 in 56 matches. He has also scored three centuries in PSL, the most by any player. Akmal has been the mainstay for Peshawar Zalmi’s top order since the inception of PSL and will take part in his sixth season for the franchise.

Here’s the PSL Schedule and the PSL Points Table if you haven’t caught up with what’s happening in PSL.