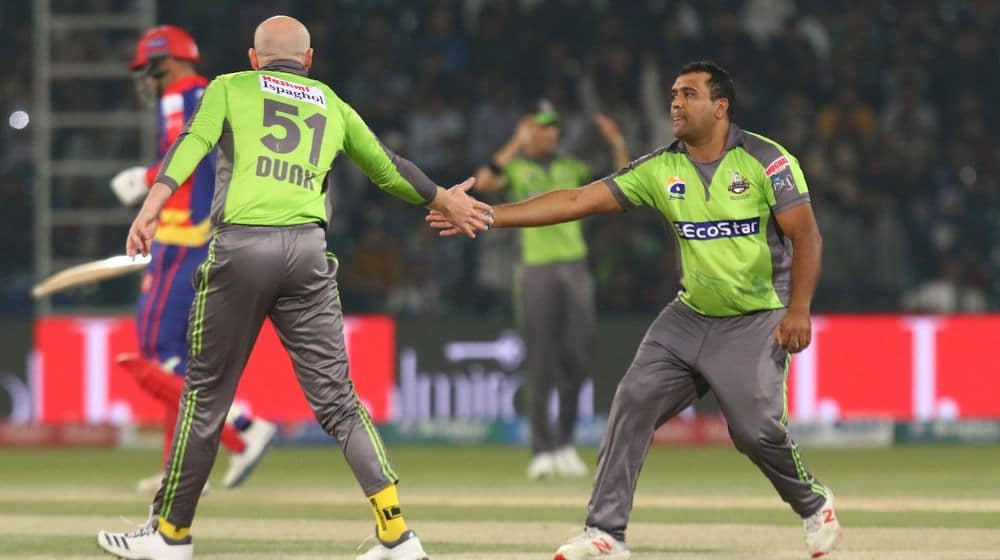 Check out the PSL Schedule if you want to know which teams are playing next.

Peshawar Zalmi posted a miserly total of 140/6 after their batsmen failed to live up to the expectations. A half-century from Ravi Bopara and a late cameo from Amad Butt pushed the score close to the 150 mark.

Shaheen Afridi took 3 wickets while newcomer Salman Mirza took 2 wickets. Rashid Khan was miserly with the ball as he gave away only 14 runs in his 4 overs, however, he didn’t pick up any wicket.

In reply, Lahore Qalandars started off cautiously as their first wicket fell on 29. The target of 141 was always going to be easy and they chased down the target in the 19th over with 4 wickets in hand.

Hafeez and Rashid Khan finished things off in style as Qalandars wrapped up their first win of the season.

It is going to be a Super Sunday for cricket fans as it’s a double-header in Karachi with Lahore Qalandars taking on Peshawar Zalmi in the first match of the day.

Lahore Qalandars will be looking to bounce back from the disappointment of losing the final whereas Peshawar Zalmi will have a point to prove. Wahab Riaz has been sidelined due to an unfortunate breach of the bio-secure bubble.

Here’s all you need to know about today’s first match:

In the 11 matches the two teams have played against each other, Peshawar Zalmi have enjoyed an upper hand with 8 wins. Lahore Qalandars, on the other hand, have won 3 matches.

Lahore Qalandars:
Rashid Khan is a big name in the Pakistan Super League and he will be making his debut in the tournament. He picks up wickets at regular intervals while stemming the flow of runs and he can chip in with impressive cameos with the bat if needed.

David Miller has been the biggest addition to PSL this season and he proved his worth when he slammed Pakistani bowlers all around the park in the 3rd T20I at Lahore.