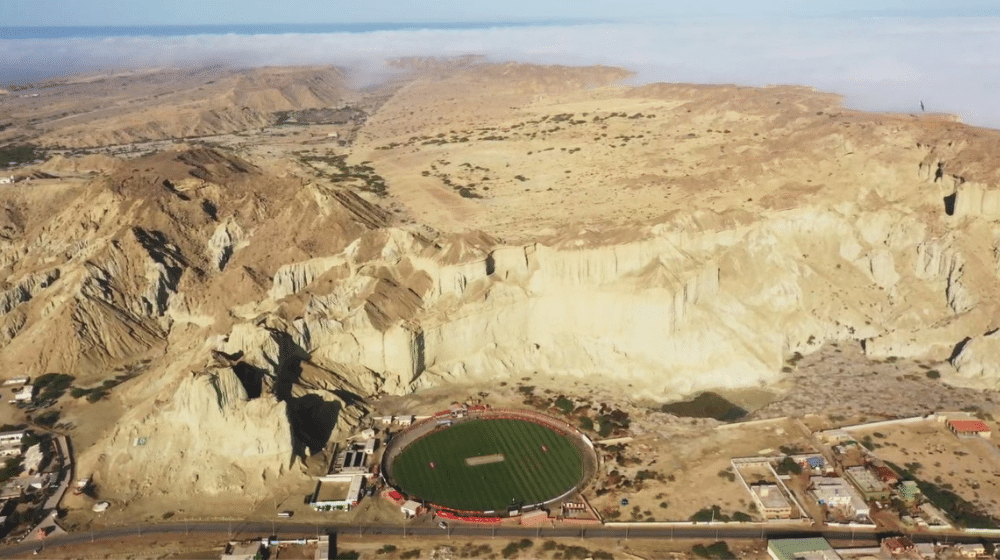 Gwadar Cricket Stadium has caught the attention of the cricketing fraternity for its stunning beauty and mesmerizing backdrop. Fans have been requesting the Pakistan Cricket Board (PCB) to construct an international standard stadium on the location, and it looks like PCB has expressed their intention to adhere to these requests.

In a historic move, PCB will hold an exhibition match between PSL teams, Karachi Kings and Quetta Gladiators, on March 25 at Gwadar Cricket Stadium. Famous TV personality, Fakhr-e-Alam, posted a video on Twitter, where he announced the historic move.

Recently, an exhibition match was held at the stadium, where the top celebrities and politicians, such as Zulfi Bukhari, Ali Zafar, Fakhr-e-Alam, Ali Zaidi, and Aijaz Aslam, took part. CEO PCB, Wasim Khan, also participated in the exhibition match, and he was impressed with the beauty of the stadium. He said that PCB would look to construct an international standard stadium, including state-of-the-art facilities.

Fakhr-e-Alam’s efforts to bring the stadium into the limelight have proven to be successful as PCB has agreed to hold an exhibition match at the venue. Alam said that he was trying to convince the PCB to hold an official PSL 6 match at the venue, but that could not be possible due to the COVID-19 protocols.

Gwadar Cricket Stadium took social media by storm a few weeks ago. The picturesque backdrop of the stadium caught the attention of international cricketers and the International Cricket Council (ICC) as well.

Check out the PSL schedule here