After touching its highest value in three months on February 12, PKR continued its gain against the US Dollar last week, going below Rs. 159 on Thursday (February 18). On Friday, however, PKR reversed the movement once again and closed at Rs. 159.10 to the USD.

The first day of the current week saw a moderate improvement of 3 paisas for PKR against the greenback, closing at Rs. 159.06 to the USD on Monday (February 22). This is up from Friday’s Rs. 159.10 to the USD, which deteriorated from Thursday’s Rs. 158.93 to the USD.

Rupee Gains Big Against the US Dollar and Other Major Currencies

Against other major currencies, the results for PKR showed a mixed movement on the opening day of the week.

The previous week saw PKR deteriorate on the first two days of the week and post blanket gains on the next two days before closing with blanket losses once again on Friday. 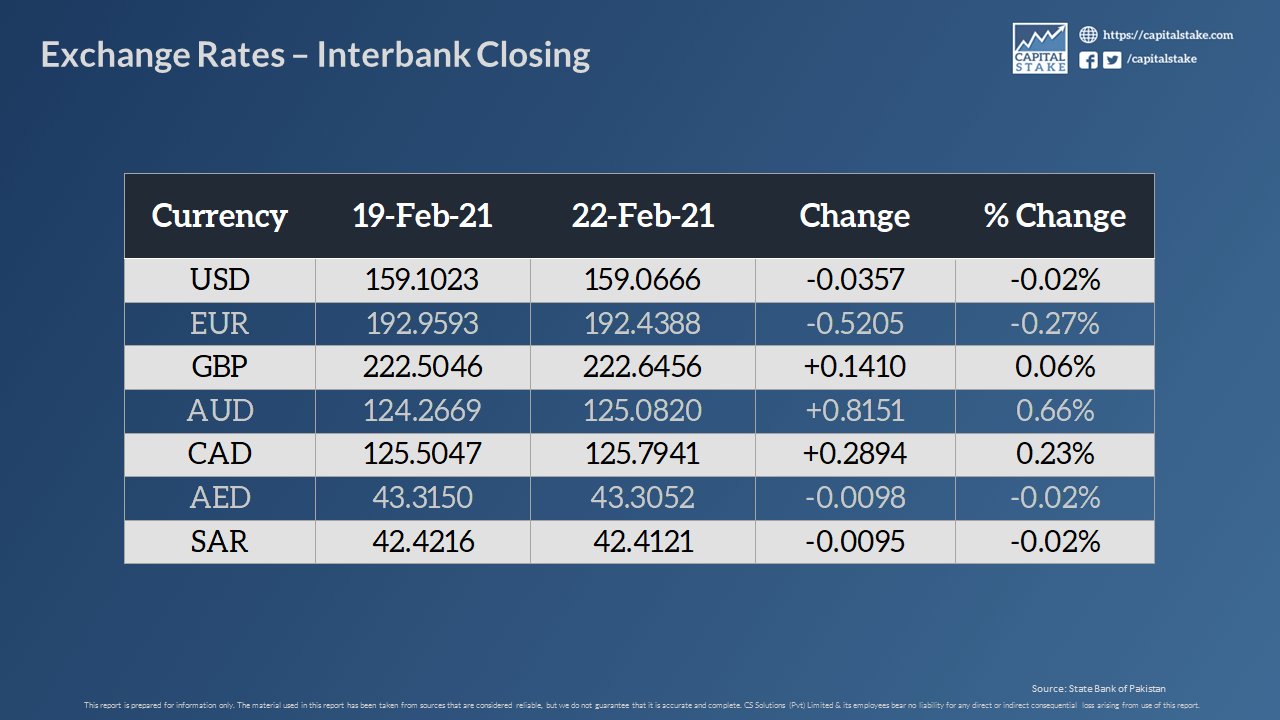 PKR gained 52 paisas to the Euro on Monday, after posting a substantial loss of Rs. 1.37 on Friday.

Against GBP, today’s loss for PKR was 14 paisas adding to Friday’s downward movement of Rs. 1.67 against GBP.

Likewise, against the Australian Dollar, PKR posted a loss of 81 paisas today, piling up on the erosion of 86 paisas on Friday.

Against the Canadian Dollar, PKR lost its ground by 28 paisas on Monday after losing 37 paisas on Friday.

Pakistani Rupee Ends the Losing Streak Against All Major Currencies

The movement for PKR on Monday against AED and SAR was positive, but with a minimal gain of less than a paisa. Before this, PKR has posted a loss of 4 paisas against both currencies on Friday.