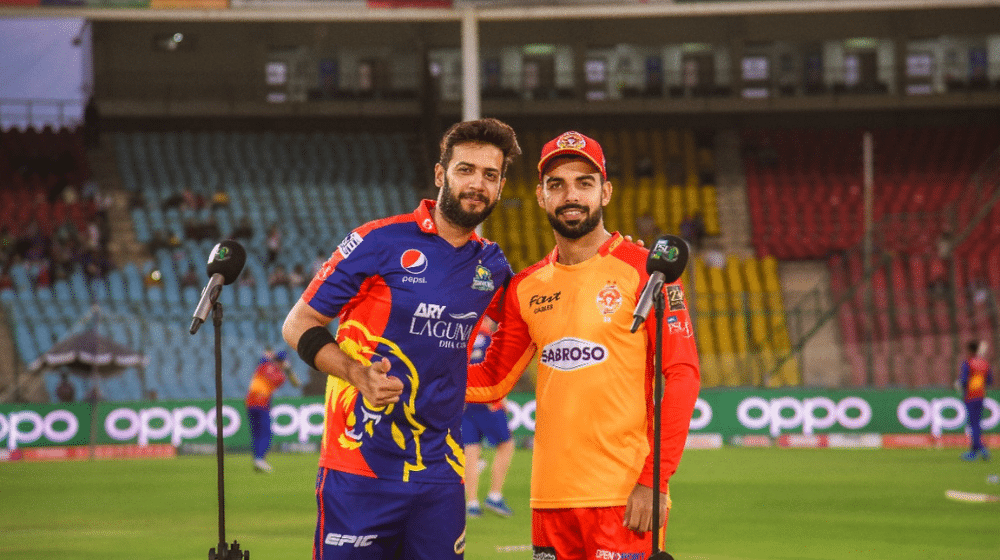 Islamabad United got off to a flying start in their run chase against Karachi Kings, scoring 77 runs in the powerplay, the most by a team in PSL 6. Alex Hales smashed the Karachi bowlers all over the park and scored 46 off 21 balls before being caught out to Waqas Maqsood. Islamabad, despite losing two early wickets, took on the charge in their bid to chase down a target of 197. Both the teams will be looking to register their second wins of the tournament and move to the top of the PSL points table.

Earlier, Karachi Kings registered a record of their own, scoring the lowest runs in the powerplay in this year’s PSL. Karachi could only manage 33 runs in the first six overs but took control of the proceedings after the powerplay ended. Sharjeel scored a magnificent century as Karachi posted 196 on the board. Sharjeel and Babar scored the highest partnership in PSL history, scoring 176 runs for the first wicket.