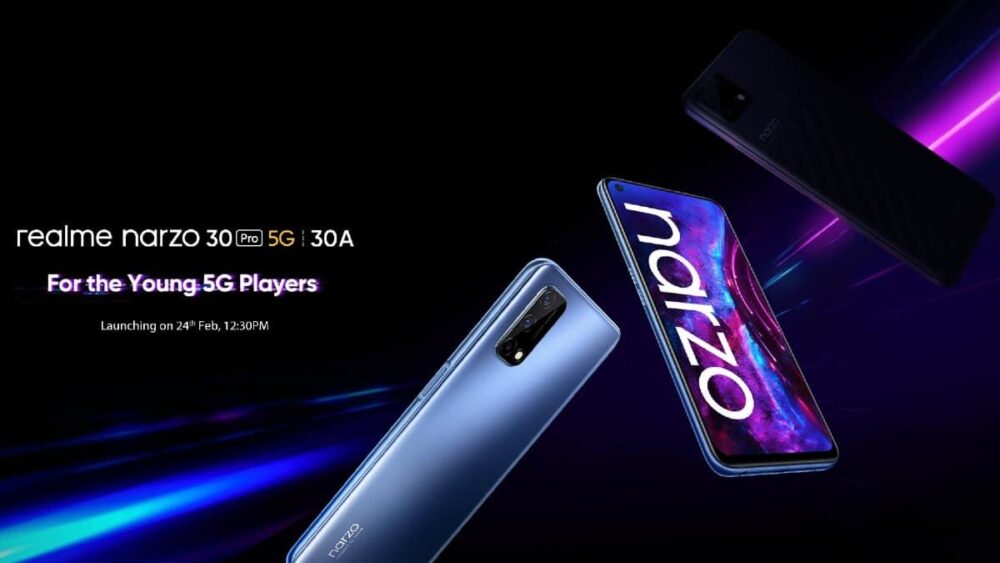 The Realme Narzo 30 Pro and 30A are the first two phones in Realme’s all-new 30 series and are also the first to bring 5G to the Narzo lineup. Narzo 30 Pro’s specifications are no less than flagship-grade, but the 30A is more of an entry-level phone with budget pricing. 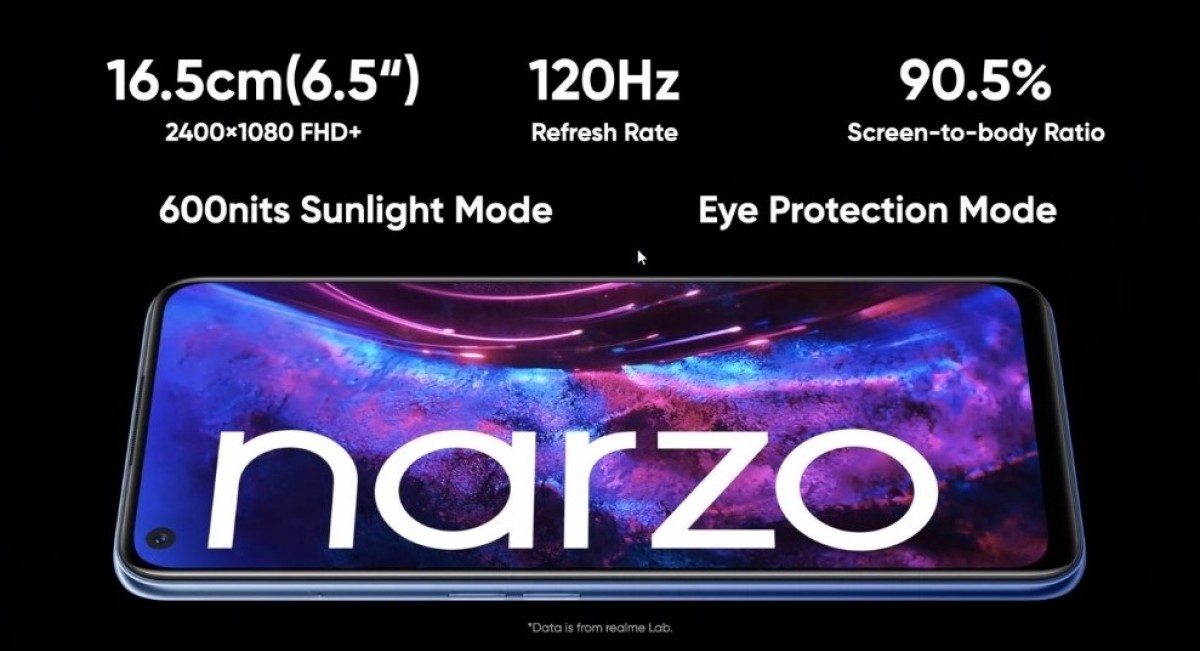 Realme Narzo 30 Pro features a tall 6.5-inch screen which is an LCD panel with an FHD+ resolution and a smooth 120Hz refresh rate. It also comes with a Sunlight Mode for outdoors and an Eye Protection Mode for low light settings. The touch sampling rate goes up to 180Hz and the fingerprint sensor can be found on the side on top of the power button.

The selfie camera is housed in the cornered punch-hole cutout. 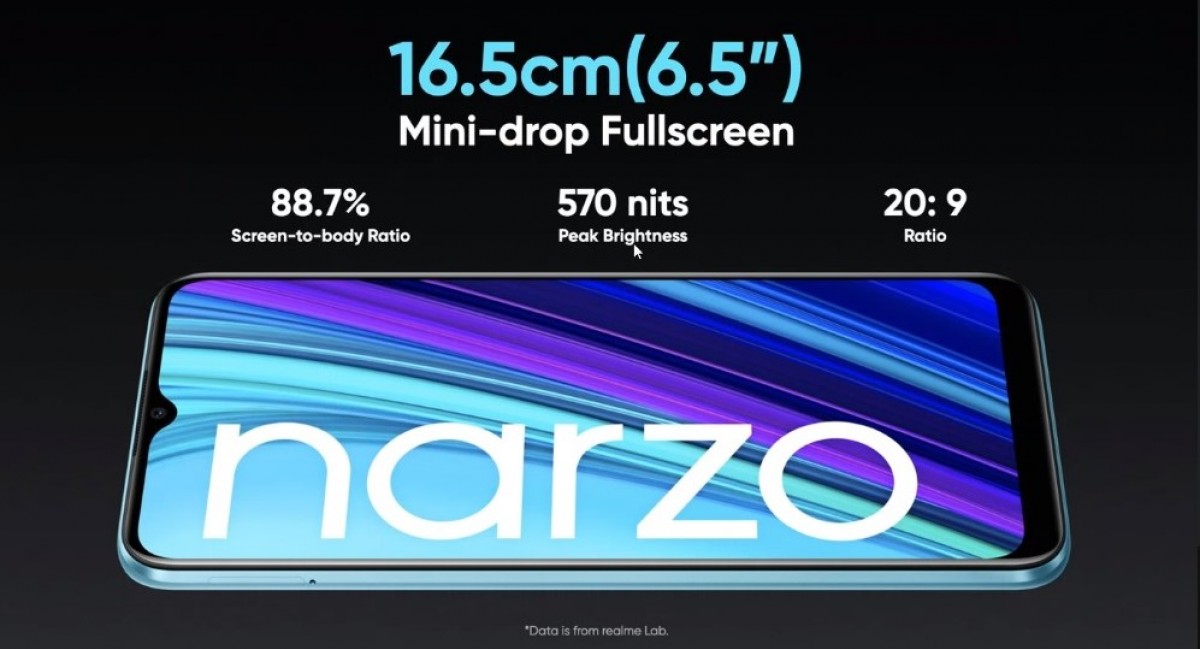 The Narzo 30A also has a 6.5-inch screen, but the resolution is dropped to 720p and the refresh rate to 60Hz. It also uses an LCD panel with the same features as its premium sibling, but the fingerprint sensor can be found on the back of the phone.

There is a waterdrop notch for the front camera instead of a punch-hole cutout.

Narzo 30 Pro boasts the 7nm MediaTek Dimensity 800U SoC with support for 5G, paired with up to 8GB RAM and 128GB UFS 2.1 storage, but there are lower memory configurations as well. You get a microSD card slot for storage expansion too.

The Narzo 30A, on the other hand, only has up to 4GB/64GB memory, and the MediaTek Helio G85 chip powers the phone. The microSD card slot is present here as well.

Both phones boot Android 10 but will receive the Realme UI 2.0 update soon. The main camera on the Pro model is a 48MP unit which is accompanied by an 8MP ultrawide camera and a 2MP lens for macro shots. This camera can record 4K videos at 30FPS and 1080p clips at 60 FPS and is loaded with a variety of other features such as Cinema Mode, Night Mode, Slow Motion, and more.

A punch-hole front camera is a 16MP unit. 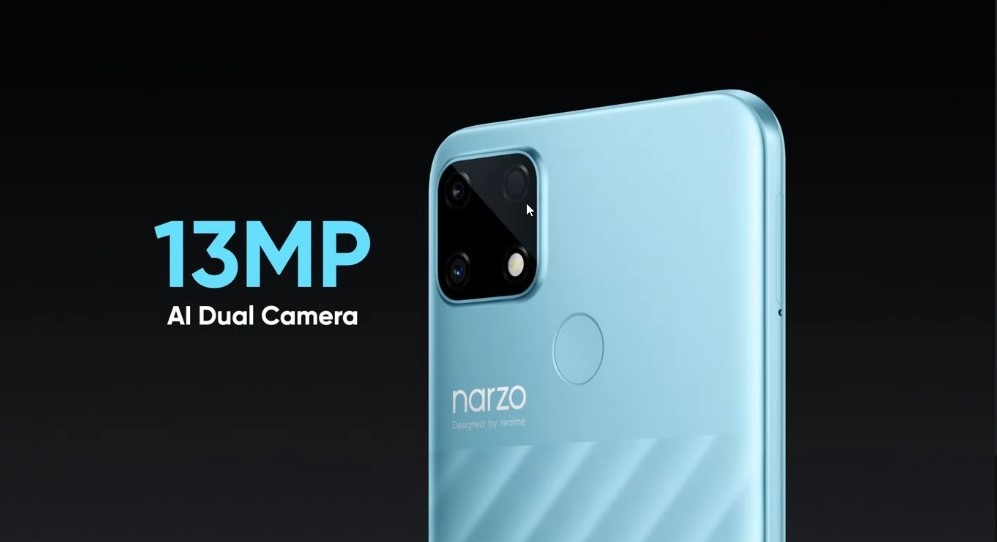 The Narzo 30A has a 13MP main camera instead which comes with a black and white depth sensor. The front camera housed in the waterdrop notch is an 8MP selfie camera.

The phones not only have reliable specs but attractive prices as well. The flagship-grade Narzo 30 Pro will be available for a starting price of $235 next week, whereas the Narzo 30A will go for only $125.