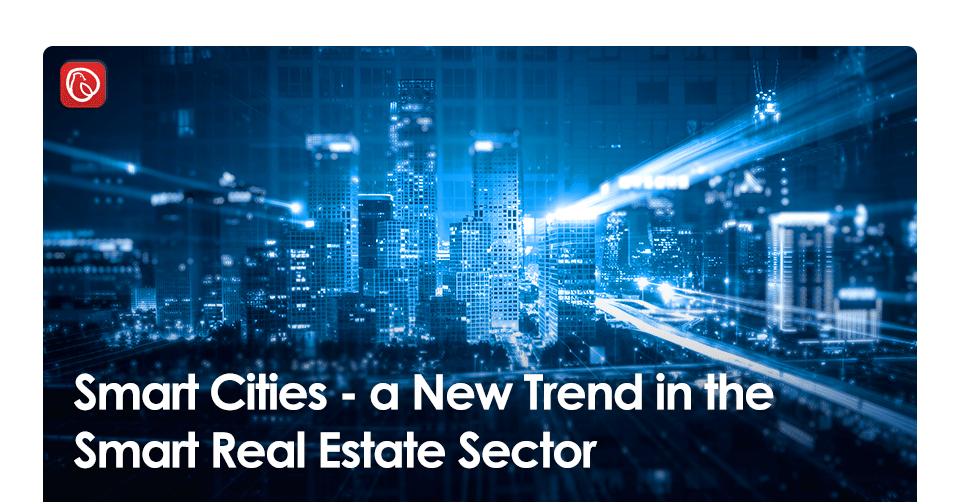 As the world is progressing in every realm and unfolding new possibilities every day, the real estate sector also remains no stranger to the concept of transformation and innovation.

The rapid pace of globalization and growth in the services sector is changing the outlook of urban sectors, and the developing states of the world are progressing rapidly to transform their urban centers by deploying new policies and modern tools.

In this context of the rapid transformation of urban centers, social challenges including poverty, rural to urban migration, lack of inclusion remain at the forefront and offsets the dividends of urbanization.

Moreover, according to the estimates present at the United Nations (UN) website, 90% of expansion will happen in the urban centers of the developing countries in the future.

Against this backdrop, Goal 11 of Sustainable Development Goals (SDGs) advocates for developing sustainable cities and communities. As an extension of this goal, the word ‘Smart City’ is orchestrating the long-term policies of the countries and states around the world that have been piloting various projects on the concept of ‘smart city’.

It is estimated that by 2050, 6.5 billion people will be living an urban lifestyle; this fact also establishes that social challenges will be unprecedented and can expedite a range of phenomena related to climate change, rural, urban divide, and poverty and hunger.

Furthermore, with inclusive policy-making and simultaneously putting social issues at the core of real estate practices the development can be achieved in real terms.

‘Smart Cities’; it is evident from the nomenclature that the phenomenon is pertaining to the adaptation of smart practices in the development of cities. ‘Smart cities’ itself is a conglomerate entity that is pertaining to the incorporation of technology-intensive approaches in the development of cities and daily modes of operation of the urban centers.

The concept of smart cities varies from country to country, and every state has adopted a definition based on its agenda of development and the scope of its policy.

The most inclusive definition for defining smart cities can be stated as:

Incorporation of Information Communication and Technology (ICT) in the development of new or existing cities in order to solve the urban problems, create new economic opportunities without hampering the social development, and development of cities that are regulated on environment-friendly practices.

In other words, achieving sustainable development by incorporating smart technologies and cities being the solution to the emerging problems along with ensuring social, environmental, and economic development.

Various examples of smart cities around the world show that states have integrated major components of infrastructure with (ICT) and have achieved smart infrastructures such as smart administration, smart economy, smart environment, smart transport, smart health, and smart education.

Moving forward, the key to making smart cities a reality is inclusion with maximum burrowing of data of urban centers. The World Development report of 2016 has stated inclusion, efficiency, and innovation as a bedrock of smart cities.

As mentioned earlier, the definition of smart cities is adopted by every state on the basis of its urban policy and town planning. Underneath are the few practices that have been adopted and piloted by the major cities under smart cities projects.

Technology is being adopted worldwide for solving the issues pertaining to traffic and daily commute. Under the ambit of smart cities, technology is transforming the mode of operations of transport and solving the issues pertaining to traffic jams and efficient management of transport. Environment friendly-electrical buses are replacing the old buses which shared a major portion of the carbon emissions.

In this aspect, the example of Seoul city is a success story which through the adoption of Bus Management System (BMS), GPS, and Intelligent Transport System (ITS) is managing its transport system. The control system of BMS gathers the information and accumulates it to passengers, bus stops through mobile applications and the internet. This results in efficient transport management by employing the right amount of resources.

Since technology-intensive approaches are at the forefront of smart cities and disruptive technologies are untangling new possibilities the concept of the Internet of Things (IoT) is also marking changes in the mode of living.

The households have incorporated IoT to the best of their use in managing the daily operations of the house. From water management to managing the security of houses everything is reduced to handheld devices by connecting them with the internet.

Since Sustainable development is at the forefront of smart cities, states across the world have tailored their solid waste management techniques to meet the energy requirements thus avoiding the issues of landfills and land pollution.

Similarly, mobile apps are also being developed to locate smart waste disposal units, which are an important medium for waste sorting. Waste sorting is used to segregate different types of wastes.

Smart cities are also becoming a tool for harnessing e-governance. Governments around the world have taken initiatives to involve people in the policymaking process. The governments have developed online platforms for service delivery, civic participation, and access to government services.

The gap between government and polity can be bridged using technology, and smart cities provide a suitable platform. Moreover, emerging urban, social, and environmental issues can be directly conveyed to the government.

Since the concept of smart cities incorporates technology-intensive techniques, technology is being employed to predict natural calamities and to tackle their devastating impact at the time of disaster. Technology in this domain is helping municipalities to develop smart emergency systems and ICT is assisting to design counter-measures.

It is a fact that the transition to smart cities is impossible without the transformation of the real estate sector. In this realm, Graana.com being the pioneers of PropTech in Pakistan is paving the path for achieving a smart eco-system that will eventually lead to the development of smart cities.

Graana.com being Pakistan’s first online real estate marketplace is harnessing the concept of the Internet of Things (IoT). The online property portal of Graana.com has reduced the physical distances to the digital front, and the information pertaining to the real estate sector is available at one tap away from mobiles.

Moreover, the option of verified listings has given a new meaning to the brokerage of the real estate sector; the buyers and sellers can have hassle-free business discussions.