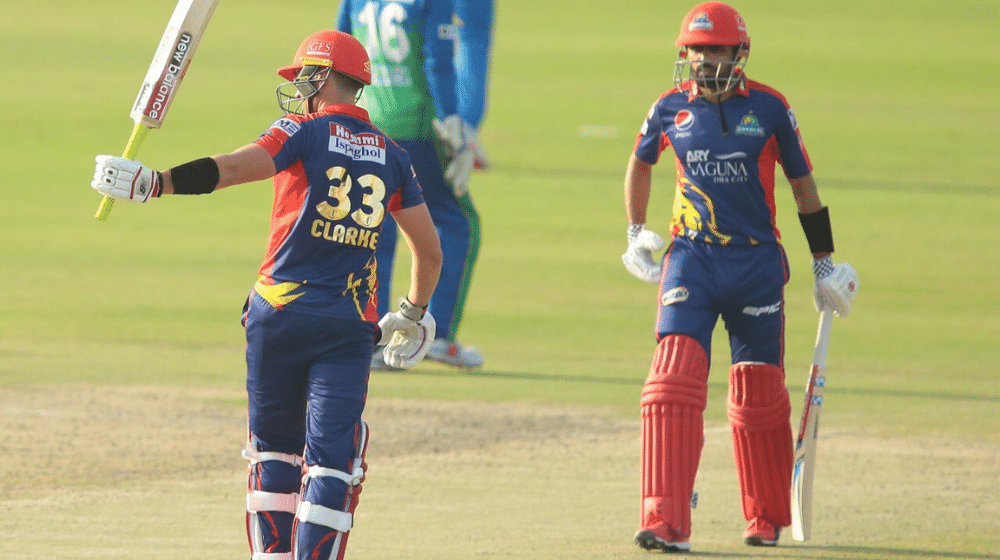 Babar Azam and Joe Clarke dismantled Multan’s bowling line-up and won the match for the defending champions, Karachi Kings, with relative ease. Karachi never looked in trouble chasing a target of 196, managing to chase it down with 7 wickets in hand and 7 balls to spare. Karachi’s dominance led them to the top of the PSL 6 points table.

Multan on the other hand will need to rethink their strategy, their bowling line-up has leaked too many runs since the tournament began and with four matches played, Multan sit just outside the playoffs spot.

Multan would be wondering what went wrong after a brilliant start to their innings. They were on course to score around 210-215 runs, but fell way short of it as Karachi’s bowlers took control. Multan did not manage to hit a boundary in the final three overs in the innings.

Multan’s next match is against Quetta Gladiators on 3 March, while Karachi will be in action tomorrow, 28 February, against arch-rivals Lahore Qalandars. Have a look at the PSL schedule here.

Multan Sultans will look to carry the momentum after winning their first match of the tournament against Lahore Qalandars. Karachi Kings, on the other hand, will be looking to bounce back after a disappointing defeat to Islamabad United in their previous outing. Both the teams will be fighting to solidify their positions in the PSL points table.

Multan’s captain, Mohammad Rizwan, is in the form of his life and he scored yet another half-century in the previous match, leading his team to victory. He is currently the leading run-scorer in PSL 6.

Karachi on the other hand will be looking to resolve the issue of their bowling unit after being in a strong position against Islamabad United. However, they lost the plot and were unable to defend their total.

While Multan aren’t expected to tinker with their line-up, Karachi will be looking to right their wrongs, expect one or two changes in their line-up.

Both teams have encountered each other seven times in the tournament. Karachi have won 4 including 1 Super Over and lost 1 with 2 matches ending in no result.

Karachi Kings:
Mohammad Nabi led the fightback for Karachi in their last outing. He was accurate with his bowling spell and picked up a crucial wicket at the backend of the innings. His power-hitting ability is what makes him dangerous with the bat as well. He has hit 4 sixes in PSL 6 despite only facing 19 deliveries. Karachi will be hoping he puts in another all-round masterclass against the Sultans.

Multan Sultans:
To say Chris Lynn has been poor would be an understatement. His highest score in the tournament so far is 1 in 3 matches. Multan’s marquee signing is due a big innings and to do it against the home team would be a great way to kick start his tournament. Multan put all their chips in by picking the Australian in the PSL 2021 draft and he needs to repay the trust they have put in him.