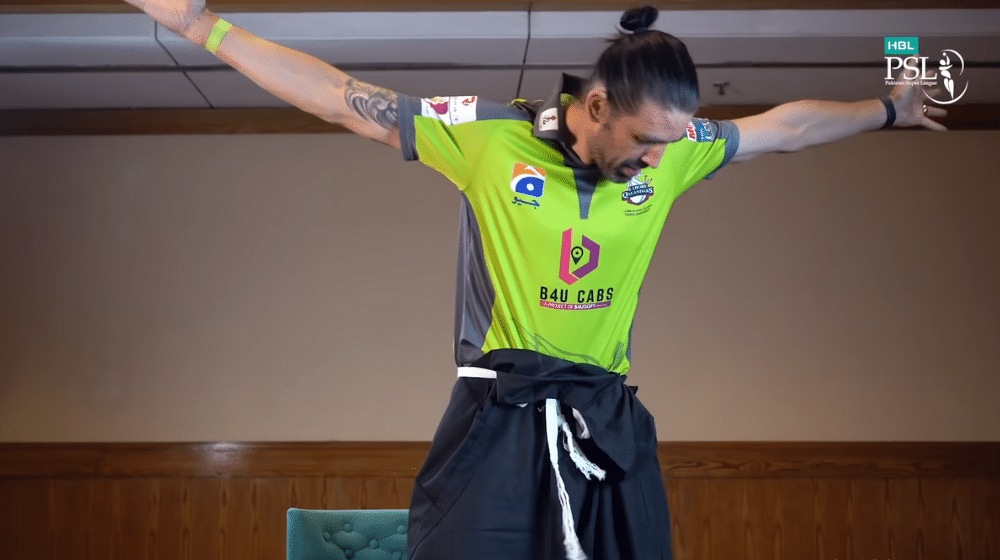 South African all-rounder, David Wiese, was influential in Lahore’s astonishing victory against arch-rivals Karachi Kings at National Stadium Karachi on Sunday. Wiese struck 31 runs off 9 balls, including 20 runs off the 19th over of the innings, to pull off an amazing run chase. Wiese’s incredible effort helped Lahore move onto the second spot in the PSL points table.

After his brilliant innings last night, the official YouTube channel of PSL posted a video of Wiese taking on the ‘shalwar challenge’. Wiese was asked to put a drawstring in a shalwar within the given time but Wiese failed miserably. In a hilarious turn of events, Lahore’s captain, Sohail Akhtar intervened and showed Wiese the correct way to wear the shalwar.

Have a look at the video here:

The South African has been a part of the Lahore Qalandars squad for the past three years and is regarded as a crucial member of the squad. He has been at the forefront of many spectacular moments for Qalandars over the years and has had numerous match-winning performances. He is widely regarded as one of the finest finishers in the tournament’s history. His magical innings against Karachi was just another feather in his cap.

Wiese helped Lahore to make it to their first final last year and judging by his performance in the previous match, it is very likely that he may take them to yet another final.