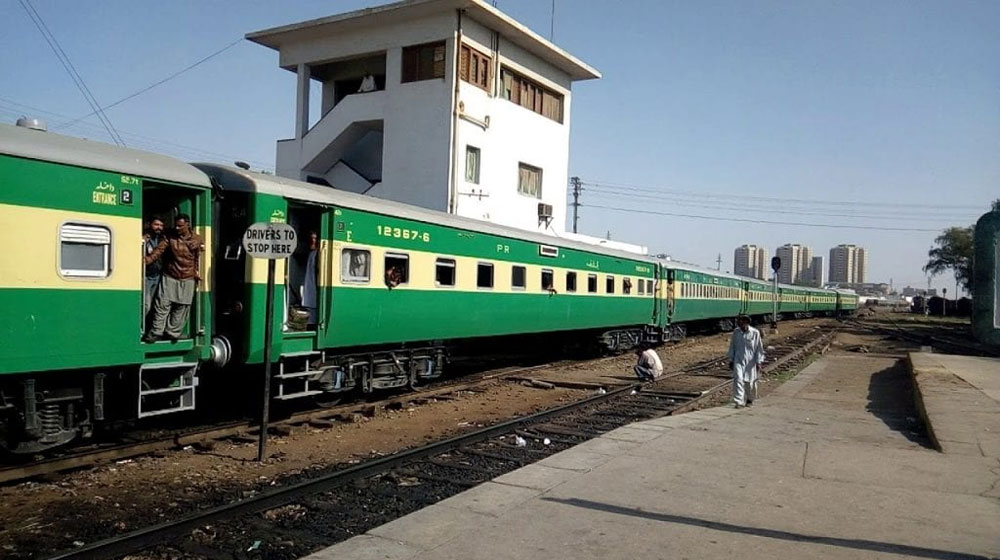 The Lahore-bound Green Line Express on its way from Karachi escaped a major accident near Sukkur thanks to a timely action of a citizen.

As per details, the train was on its way to Lahore from Karachi while a two-foot portion of the railway track near Detha was broken. The citizen, who was in cognizance of the matter, put his life in danger and stood between the tracks to stop the train.

As per Railway officials, the train was going at 105 kilometers/hour when the citizen jumped on the tracks and waved with both hands. The drive applied an emergency brake to stop the train.

As per officials, there could have been a disaster had this man not risked his life to avert it. His brave effort not only kept the train from a major disaster but also saved hundreds of precious lives of the passengers and the train crew.