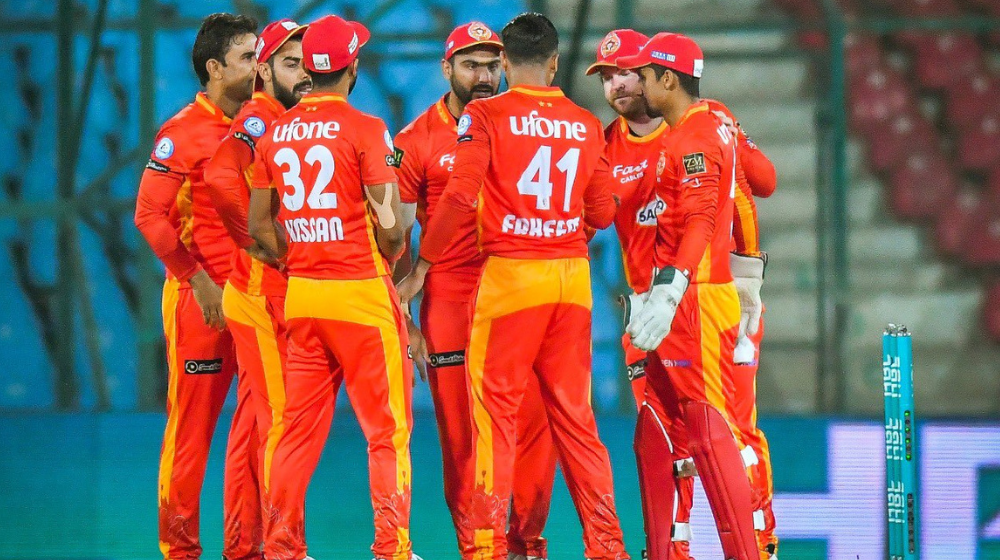 Quetta Gladiators were unable to turn around their fortunes and are still winless after 4 rounds of matches in the sixth edition of PSL. Islamabad on the other hand picked up their third victory of the tournament, moving to the second spot in the PSL points table.

Islamabad United were relentless from the start and put a dent into the Gladiators batting unit early on. Quetta were unable to recover despite a brilliant half-century by captain, Sarfaraz Ahmed.

Hasan Ali and Faheem Ashraf tormented Quetta’s batting and restricted them to 156/7 in the 20 overs. Faheem Ashraf was named as man of the match for his brilliant bowling performance picking up 3 wickets for just 14 runs in his 4 overs.

Islamabad came out all guns blazing in the run chase, Paul Stirling and Alex Hales took Quetta’s bowling apart. Stirling scored a wonderful half-century, his first in PSL history. Quetta’s bowling looked ordinary in front of a strong Islamabad United batting unit. Wicket-keeper Rohail Nazir showcased his class with the bat as well, scoring solid 34 runs in his first match of the tournament.

Quetta’s next match is against Multan Sultans in the bottom of the table clash on 3 March, while Islamabad will face Lahore Qalandars on 5 March.

Islamabad’s Australian leg-spinner, Fawad Ahmed, unfortunately tested positive for Covid-19, hence the match between Islamabad and Quetta was unable to take place on the scheduled time. Pakistan Cricket Board (PCB) decided to reschedule the match and it will now be played on Tuesday, 2nd March at 7pm.

Both the teams were required to undergo Covid-19 testing, while the rest of the Islamabad players and officials were given the go ahead by the authorities after returning negative results, there was a delay in the results of Quetta’s squad. Both the teams have been cleared to play now. The PCB has decided to conduct more frequent tests from now on for all the people involved within the six franchises.

Quetta Gladiators have struggled so far in PSL 6 as they are yet to register a win, losing all three of their matches and they will be hoping to break the shackles and get their first points of the season. Islamabad United, on the other hand, had a great start to the tournament but were extremely poor in their last outing against Peshawar Zalmi. They slipped from the first spot and are now placed fourth in the PSL points table.

Quetta’s bowling has struggled big time. Despite the entry of South African legend, Dale Steyn, Quetta lost the match after being in a strong position. They will be looking to strengthen their bowling line-up and might bring in Naseem Shah in place of Usman Shinwari.

Islamabad’s top order has struggled for runs and their only saving grace so far has been the exceptional form of English opener, Alex Hales. Islamabad’s wicket-keeper, Phil Salt, has been disappointing so far in the campaign and Islamabad might go for the young wicket-keeper ,Rohail Nazir in his place. Fawad Ahmed will certainly miss out, so Zafar Gohar is expected to come back to the side. Islamabad will also be concerned with the form of their captain, Shadab Khan and they will be hoping he gets back in nick sooner rather than later.

Both teams have encountered each other eleven times in the tournament. Quetta have an upper hand, winning 7 and losing just 4. Quetta won the previous two encounters between the two teams and Islamabad will be looking to break the opposition’s winning streak.

Islamabad United:
Shadab Khan needs to get back to his best for Islamabad United. He has disappointed with both bat and ball so far. Shadab has been one of the most dependable performers for Islamabad United over the years and Islamabad have been lacking on both fronts since he has lost his form. This is the perfect opportunity for Shadab to repay the faith Islamabad’s management has put in him.

Quetta Gladiators:
Ben Cutting was influential in both the matches between the two teams in PSL 5. He took the Islamabad’s bowlers to the cleaners and helped Quetta chase down the targets in both the matches. If Cutting re-finds his form, then Quetta will be able to fill two positions with one player. On his day he can one of the most destructive batsmen in the world and Quetta will be hoping that he returns back to his best as a bowler as well.