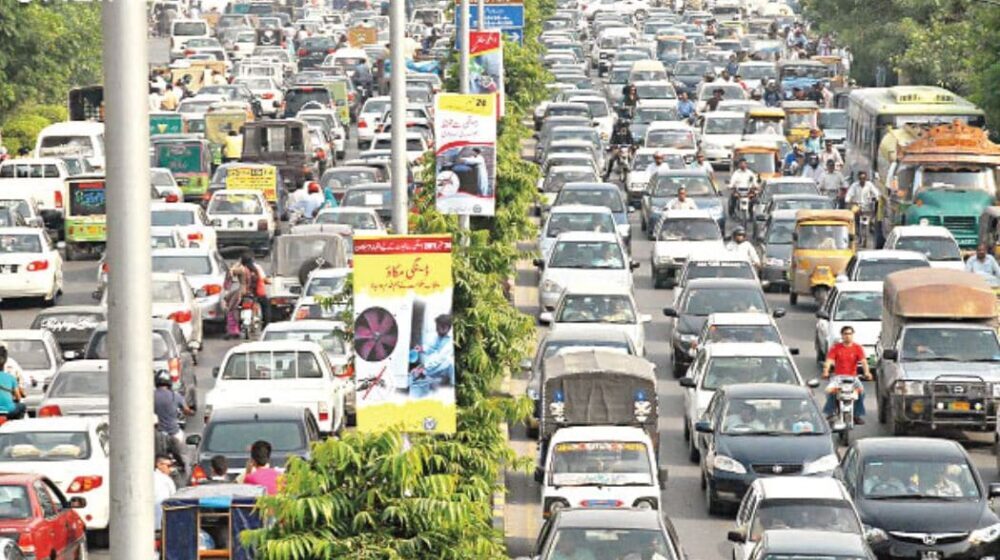 The latest report by the Motor Registration Authority of the Punjab Excise and Taxation Department has revealed that close to 4 million vehicles have been registered in Lahore over the last ten years.

The excise and taxation department has earned billions of rupees in the process of registering vehicles, which is the brighter side of the picture. However, on the bleaker side, the rise in the number of vehicles on the road has resulted in a rise in environmental pollution and road accidents.

The rising number of vehicles on the road has placed the district planners in a tough spot, as so much traffic is becoming increasingly hard for them to manage.

Commenting on the situation, the Motor Registration Authority Director, Rana Qamarul Hassan, told the media that, although the rising road traffic is a concerning issue, the excise and taxation department is still obliged to register every vehicle that fulfills the legal requirements.

Lahore Chief Traffic Officer (CTO), Syed Hammad Abid, acknowledged the gravity of the situation. To tackle the problem, he said that the public and the authorities must work together.

“We have to adopt the habit of group travel. No matter how much the roads are widened, it will not solve the traffic problems caused by the rate at which motorcycles and other vehicles are being registered,” CTO stated.