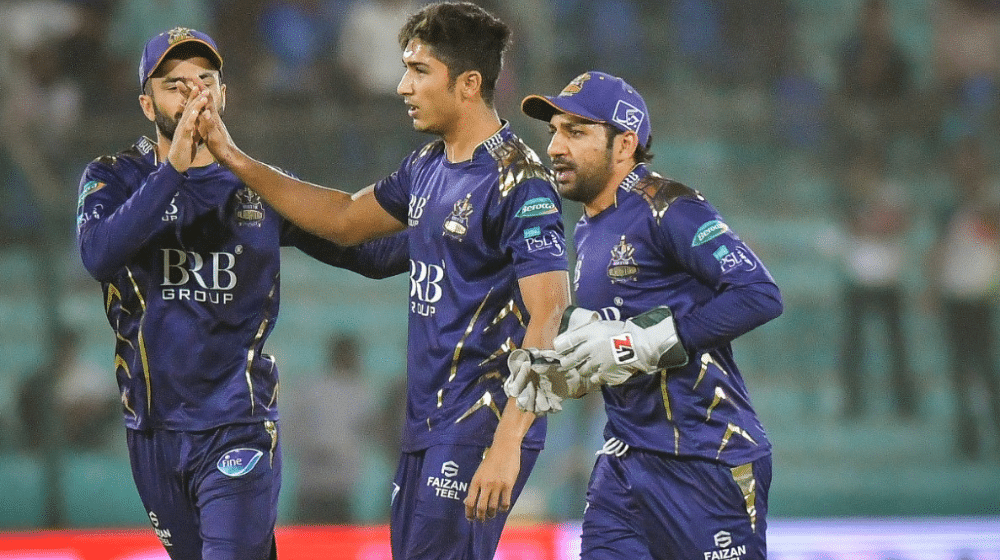 Quetta Gladiators became the first side to defend a target in this year’s PSL and they did it in some style. They won the match by 22 runs, bundling out Multan Sultans for 154. This was Quetta’s first victory in the tournament and they are level on points with Multan Sultans, both the teams have won one and lost four in their five matches, placing them just outside the playoff positions on the PSL points table.

Quetta tried a new opening combination in the match with youngsters, Saim Ayub and Usman Khan. Both the players provided Quetta with a good start and Usman Khan scored an exquisite half-century on his PSL debut. Quetta’s innings faltered at the end with Shahnawaz Dahani picking up 3 wickets.

Multan in reply lost wickets at regular intervals and were restricted by excellent spin bowling by Quetta’s bowlers. Afghanistan’s spinner Qais Ahmed picked up 3 wickets, while Zahid Mehmood picked up two wickets, including a crucial wicket of Multan’s star batsman Mohammad Rizwan. Rizwan did score yet another half-century but wasn’t supported from the other end, asking too much with the run rate constantly climbing.

Quetta managed to hold onto their first victory of the campaign and will look to carry the momentum to their next match against Islamabad United on 6 March.

Quetta Gladiators and Multan Sultans will go head to head in the bottom of the table clash at National Stadium Karachi. Quetta have made a torrid start to the campaign, losing all four of their matches and sit at the bottom of the PSL points table. Multan, on the other hand, have only registered one win out of their four outings and sit at the fifth spot on the table. Both the teams need to sort out their act quickly if they want to finish in top 4.

Quetta will be looking to register their first points of the season and might make a few changes in order to do so. Their ever-changing opening partnership and poor bowling have led to their downfall so far. They might opt to bring the English opener, Tom Banton, Anwar Ali, or Usman Shinwari back into the side to provide them with the impetus to win their first match.

Similarly, Multan’s bowling unit has been disappointing and has been one of the main reasons for their poor start to the tournament. Multan will be tempted to play Sohail Tanvir and Sohail Khan in the same line-up but they will have to do it at the expense of either, Shahid Afridi, Usman Qadir, or Khushdil Shah. Multan need to strengthen their fast bowling unit in order to restrict the opponents to a low score.

Both teams have encountered each other just five times in the tournament. Quetta have had an upper hand so far, winning 3 and losing 2. Multan will be looking to equal the record.

Multan Sultans:
Mohammad Rizwan has been in fine form and is currently the leading run-scorer in the tournament. He has been their main man in the batting unit, scoring freely at the top of the order. He will look to continue his rich vein of form and help Multan to their second victory of the campaign.

Quetta Gladiators:
Sarfaraz Ahmed has been Quetta’s best batsman in PSL 6. He has scored two half-centuries and is the fourth-highest run-scorer in the tournament so far. Sarfaraz will need to pull his troops together and march them on for their first victory this year.