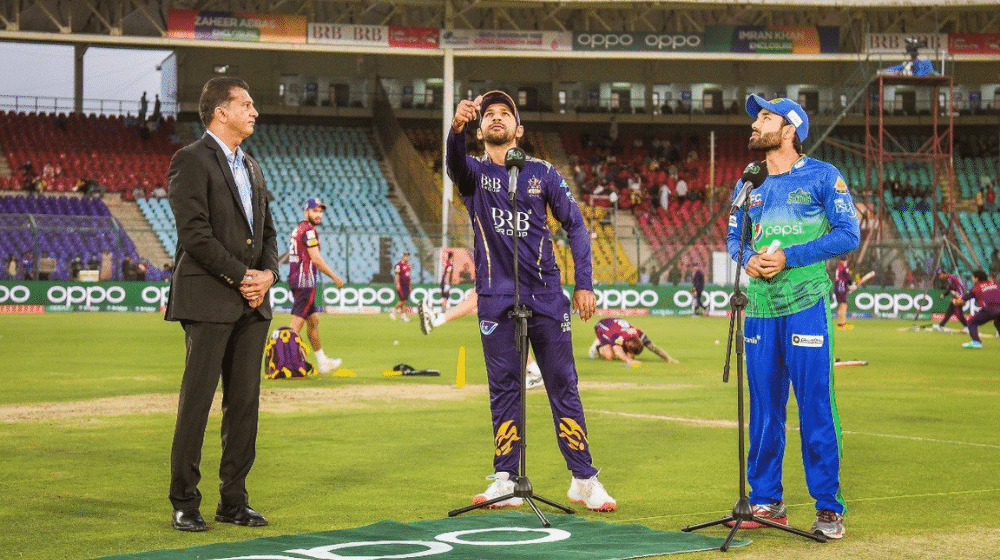 Quetta Gladiators won their first match of PSL 6 by defeating Multan Sultans by 22 runs. Quetta became the first side to defend a target in this year’s tournament and registered their first points on the PSL points table.

Quetta’s spinners strangled the Sultans batsmen as Qais Ahmed picked up 3 wickets, Zahid Mehmood picked up 2, while Mohammad Nawaz picked up 1 as Sultans were bundled out for 154 despite yet another half-century by captain Mohammad Rizwan.

Quetta and Multan are placed just outside the playoffs position in the PSL 6 points table with 2 points each.