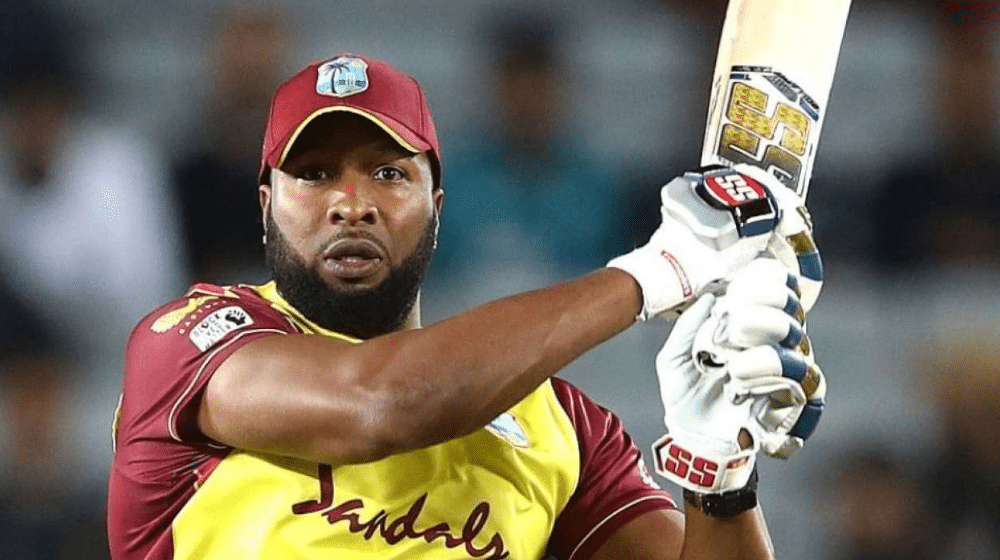 West Indies T20I captain, Kieron Pollard, entered himself into the record books after smashing the Sri Lankan spinner, Akila Dananjaya, for 6 sixes in an over. Pollard has become the third man in international cricket to achieve the feat. Only the former South African opener, Herschelle Gibbs, and the Indian middle-order batsman, Yuvraj Singh, had achieved the impressive record before him.

Have a look at the six huge maximums by Pollard:

Before Pollard’s six huge maximums off his bowling, Dananjaya ripped through the West Indian top order by taking a hattrick. He got the wickets of Evin Lewis, Chris Gayle, and Nicolas Pooran in three successive deliveries as West Indies struggled at 52 for 3, chasing a target of 132.

Pollard relieved the pressure and gained the much-needed momentum back for West Indies by smashing Dananjaya in the very next over. Pollard was ultimately dismissed for 38, which included 6 sixes. West Indies chased down the target with ease and took a 1-0 lead in the three-match T20I series.

Herschelle Gibbs was the first person to hit 6 sixes off an over. He achieved the feat against the Netherlands in the 2003 ICC Cricket World Cup. Dutch bowler, Dan Van Bunge, was on the receiving end as Gibbs smashed him for 36 runs. Gibbs scored 70 runs off 40 balls as South Africa demolished the Netherlands by 221 runs.

Yuvraj Singh was the other batsman to accomplish the record. He smashed England’s Stuart Broad for 36 in the 2007 ICC World T20. Yuvraj scored the fastest half-century in T20 history in 12 balls as India beat England by 12 runs.