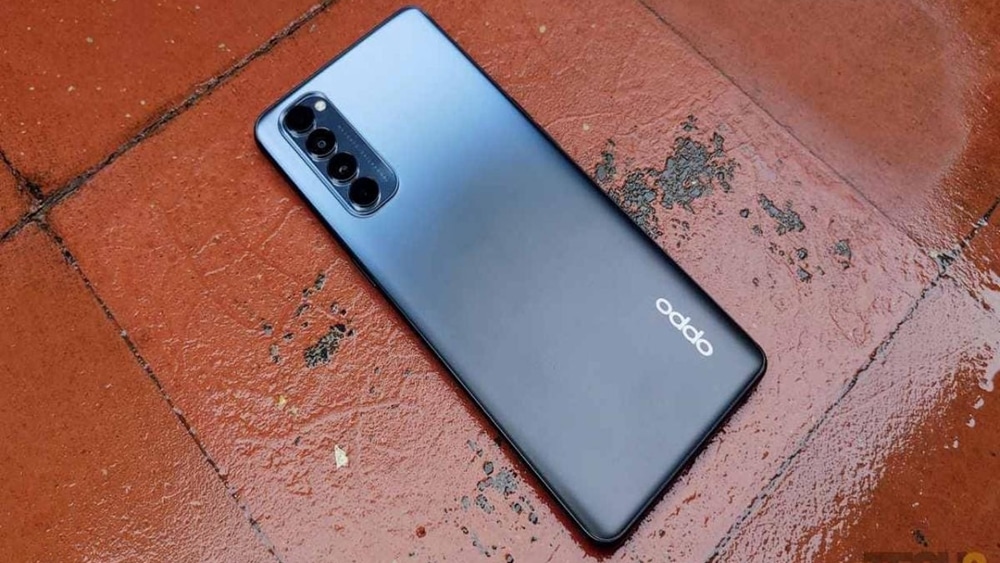 Oppo is now the biggest smartphone maker in its home market in China. The company’s success in the region can be credited to its rapid growth and Huawei’s decline in the phone market due to the US ban.

As per a report from Counterpoint Research, Oppo managed to capture 21% of the Chinese market in January, becoming the biggest phone maker in the region. BBK Electronics’ Vivo came in close behind with 20% and was tied with the ailing Huawei. Xiaomi and Apple were tied for the third spot in China at 16%.

The report also talks about Oppo’s growth in China over the past few months. The company’s market share increased by 33% in January compared to December and 26% compared to January 2020. Keep in mind that the table below labels Oppo’s 5G handsets separately as the firm believes it to be a key driver for the company’s growth. 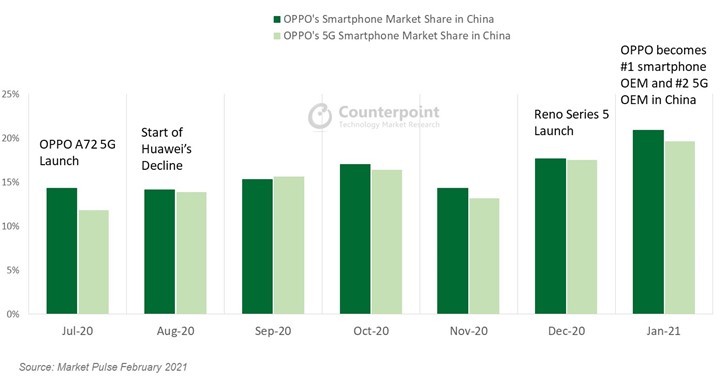 The table shows that 5G phones make up 65% of all sales in China in the last quarter of 2020. It also shows one of the reasons behind Huawei’s decline.

Huawei was able to source 4G chips, but for 5G chips, the company had to rely on its stockpile it managed to collect before the US trade restrictions. This forced Huawei to switch its focus on the premium handset market where profit margins are higher but sales volume is lower.

Oppo was able to capture more of Huawei’s lost market share through a successful Reno 5 series launch and the affordable A series. Both of these are 5G compatible phone series despite the price differences.

Xiaomi and Vivo have been able to benefit from Huawei’s decline as well. Xiaomi has been eating away on Huawei’s online business whereas Oppo and Vivo are advancing in terms of offline sales.