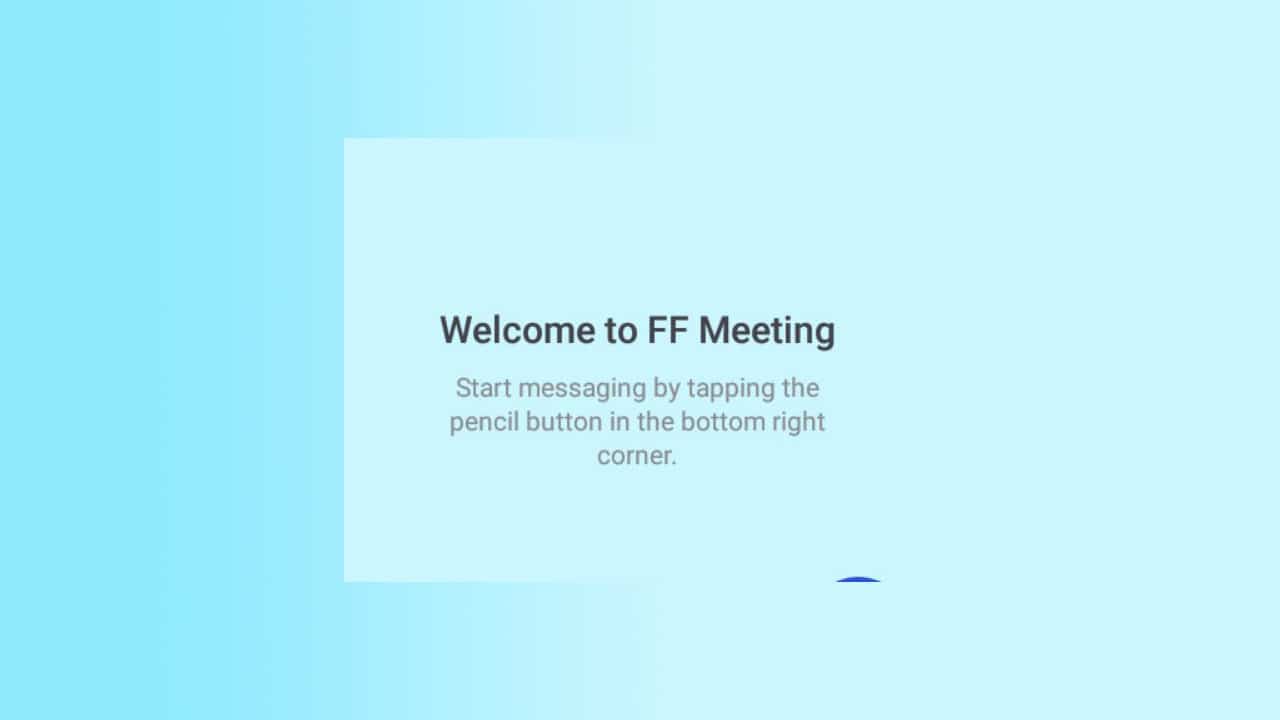 We were recently made aware of a locally developed Chat App – FF Meeting – that is touted to be a creation of Young Pakistani Boy, all by himself. That’s not all, but in fact the kid claims that his “Made in Pakistan Chat App” is better than Whatsapp and that it has more features than any other chat app in the world.

The chat app in question is making rounds in Pakistan as it was picked up by Syed Zafar Abbas of JDC Foundation (of Karachi), who promoted the guy and the FF Meeting app through a video that Zafar publicized on Facebook. Since then every other digital publisher is running the story.

Pretty fascinating, as it may sound, but unfortunately the FF meeting is a scam.

Sorry for being very blunt, rude and direct about the young kid, but that’s the truth.

While we truly appreciate the kid for putting his efforts and time to bring the Chat App into life, but the fact is that he didn’t develop it. Yes, the app isn’t developed by the kid but in fact he used a wrapper to bundle the freely available Telegram APIs to build a front end that actually uses Telegram at as a service.

Even a slightest little look into the app reveals that it is a re-skinned version of Telegram, which gives its API’s to be openly used by developers.

Not only that, even the skin is used by another service “Appsgeyser” through which any chat app can be created without any coding in little to no time. The step by step solution is mentioned on this link for your reading.

It won’t be out of place to mention here that all verification SMS and emails that users may get from “”FF Meeting” or any other similar wrapper chat apps are also handled by Telegram.

As you may expect, all the features of Telegram are actually replicated in such third party wrappers apps like “FF Meeting”

Two things that “FF meeting” has of its own are the “Intro Screen” and the Google Ads that app shows to its users.

As mentioned, above, the app is Telegram itself — with a different frontend. And hence all existing Telegram users will have same contacts, chats and even the password when they will use “FF Meeting”.

Little About the Kid:

I am truly impressed by the kid, who must had put a lot of efforts and work hours to produce the skin. He definitely has good skills and potential to do wonderful things in his life.

But unfortunately he’s not advised well. He’s just a kid and I won’t blame him for lying. But he’s unlucky for not getting a mentor who could have barred him from lying; who could have asked him not to take credit for things he hasn’t developed or created.

Whilst we do feel for the young boy and wish that he will go go on to do much more, however the claim of developing FF Meeting in 3 years (which shouldn’t take more than few hours, if not minutes) and claiming it as his own is not only misleading but disappointing as well.

But nonetheless, I truly hope and wish the kid to produce wonderful things in his life, that are legitimate and his very own.

While Telegram could be ultra secure and safe to use, but don’t forget that FF Meeting is a wrapper app, which essentially means that all your data (contacts, messages and a lot more) is routed through third party and not Telegram.

Just in case if you are wondering, here the data points that FF Meeting will have access to:

More about what data will be collected while using FF Meeting, and what possible related threats are, read the privacy policy of appsgeyser here.

Having said all this, it is highly recommended not to use FF Meeting. If you must, then use Telegram directly, instead of using the wrapper app.

Do we have any Pakistani Chat Apps?

While it is extremely hard (and hugely expensive) to develop a Whatsapp like chatapp, we do have at least two locally developed Chat apps that are actually “Made in Pakistan”.

ZapBuddy is my personal favorite for its sleek, flawless and amazing user experience. You can go and test it out, and yes its completely developed by Pakistanis and the entire control is with-in Pakistan.