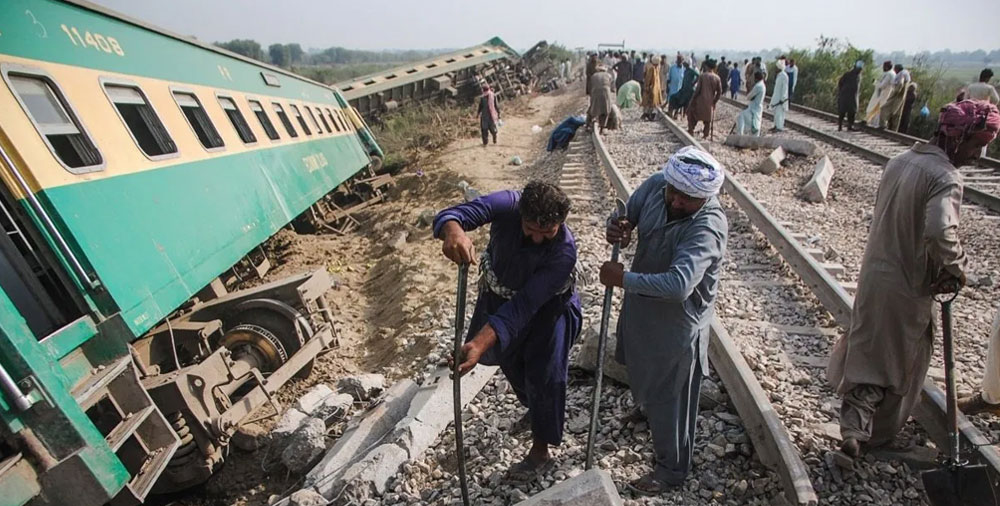 Pakistan Railways (PR) has suspended eight of its officials including a driver and an assistant driver owing to the Karachi Express accident near Sukkur on 7 March.

PR administration has also issued show-cause notices to the eight officials to explain themselves.

CDA to Transform Islamabad Into a Tourist-Friendly City

The inquiry report of the Railways Inspector has identified the poor condition of the railway track and over-speeding at this stretch as the main cause of the accident.

During preliminary inquiry, poor condition of the railway track and over-speeding at the stretch, where the speed limit was fixed 65 km per hour, has been identified among various reasons of the March 7 Karachi Express (15-UP) accident in which around 10 passenger coaches derailed, some of them capsized, leaving a woman passenger dead and over 40 injured on the spot.

A source from PR has revealed that despite the poor condition of the track from Khanewal/Multan to Sukkur and beyond, the faulty signaling system, and the aged rolling stock, the authorities have not been serious in resolving these issues on a priority basis, thus jeopardizing the safety of passengers, crew members, staff, etc.

While railway tracks in most parts of the country are old and require repair or replacement, the authorities have been busy launching new trains and expanding operations at the railway track that is almost unfit.

More than 300 major and minor accidents, including a number of derailments, have occurred during the last two years or so.