Pakistani Rupee (PKR) continued its appreciation against the US dollar today.

The rupee opened the week with a gain of 14 paisas against the US Dollar (USD) on Monday. Today, it jumped twice as much against the USD.

The local currency was closed at Rs. 156.71 against the USD on Tuesday (16 March), up 28 paisas as compared to Monday’s closing of Rs. 156.99 against the greenback in the interbank currency market.

According to Arif Habib Limited, this is the strongest parity since March 9, 2020.

Pakistani Rupee Hits Highest Value in Over A Year

PKR has gained 7 percent or Rs. 11.72, to the USD, since its lowest in August last year where it traded at Rs. 168.43 to the USD in the interbank currency market. This improvement in PKR’s exchange rate is projected to reduce the pressure on debt payments to the tune of Rs. 1200 billion, according to Tresmark. 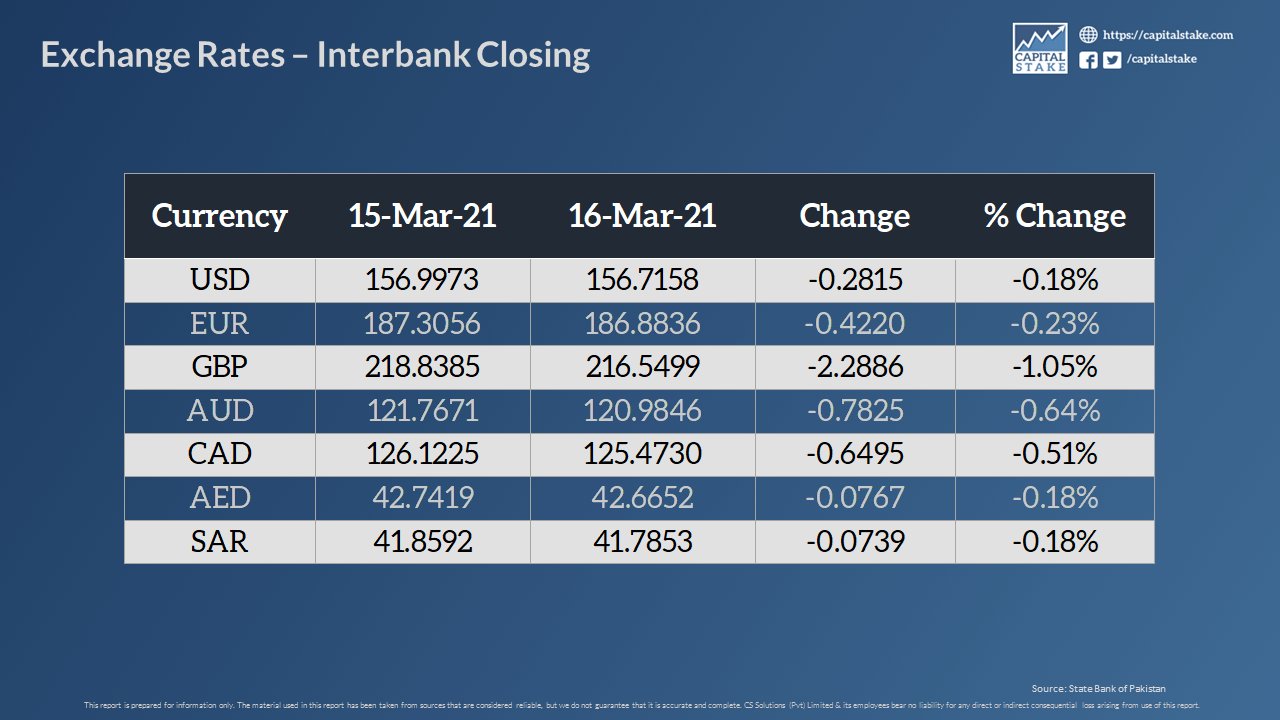 Yesterday, the PKR had posted a loss of 1 paisa against the AUD but reversed it today with a notable gain of 78 paisas.