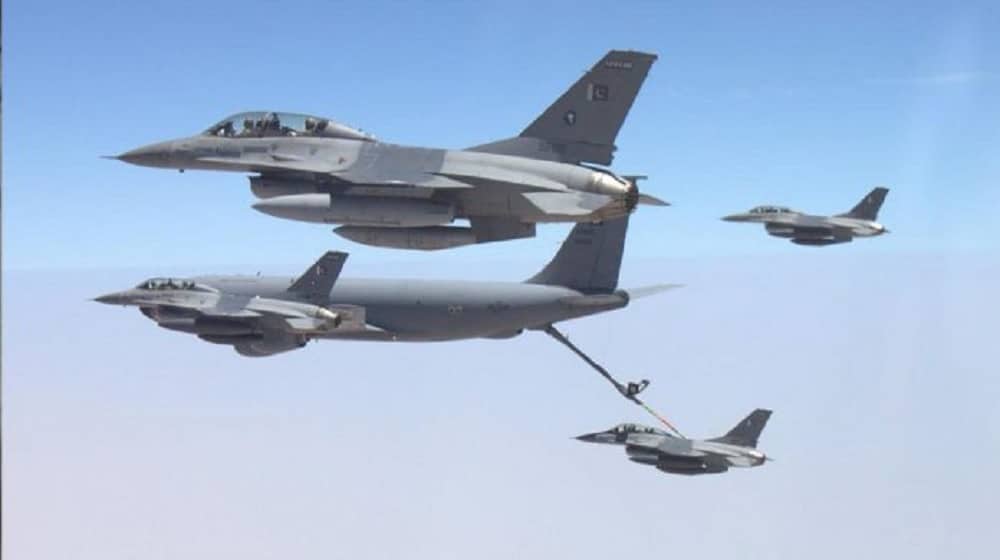 The two-week-long multinational air exercise starting from 27 March aims to maximize the combat readiness of all the participants by providing them with a realistic training environment for air combat and counterterrorism operations.

A PAF spokesman, on the condition of anonymity, said,

The Royal Saudi Air Force and the United States Air Force will be participating with their aircraft. However, the Iraqi Air Force and Palestinian paratroopers will attend the exercise without fighter jets. The exercise will help the participants benefit from each other’s diverse experiences and different aircrafts operations.

Pakistan will use its F-16 and JF-17 fighter jets while the Saudi Air Force will bring Tornado aircraft.

“We have been part of different exercises with Saudi Arabia in the past. “Recently, we participated in Al-Saqoor II exercise in Saudi Arabia with our aircraft,” the spokesman remarked.

“The full participation of the Royal Saudi Air Force is a reaffirmation that both countries are doing their best to enhance bilateral cooperation and ties,” he observed.

The spokesperson said that COVID-19 SOPs will be followed strictly by all the participants during this air exercise.