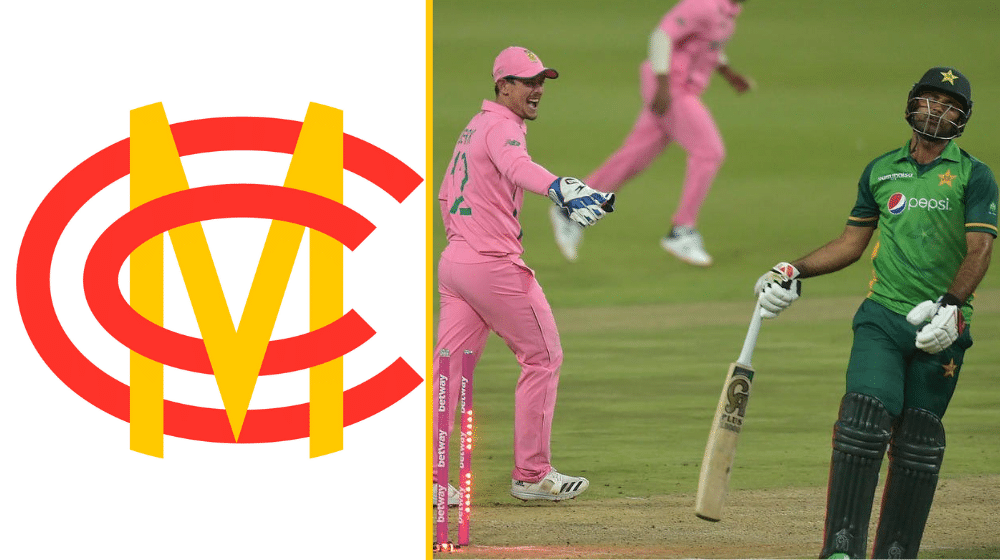 Fakhar Zaman’s run-out in the second ODI against South Africa has sparked a controversy in the cricketing world, with ex-cricketers and experts providing their point of view. The incident has also caught the attention of the prestigious Marylebone Cricket Club (MCC), who presented their opinion on the matter according to the rules of cricket.

MCC is the former governing body of cricket and was responsible for the laws of cricket before the International Cricket Council (ICC) was formed. MCC still holds global influence in regards to cricket.

Quinton de Kock to Get Away Despite Cheating Against Fakhar Zaman

ICC’s Law 41.5.1 states, “It is unfair for any fielder wilfully to attempt, by word or action, to distract, deceive or obstruct either batsman after the striker has received the ball.” MCC took to Twitter to explain the application of the law and its procedure.

They tweeted, “The Law is clear, with the offense being an ATTEMPT to deceive, rather than the batsman actually being deceived. It’s up to the umpires to decide if there was such an attempt. If so, then it’s Not out, 5 Penalty runs + the 2 they ran, and batsmen choose who faces next ball.”

The Law is clear, with the offence being an ATTEMPT to deceive, rather than the batsman actually being deceived.

It’s up to the umpires to decide if there was such an attempt. If so, then it's Not out, 5 Penalty runs + the 2 they ran, and batsmen choose who faces next ball.

According to the MCC, the on-field umpires have to judge whether a clear attempt was made to distract the batsman. If the umpires deem that the player did intend to distract the batsman, then they will award the batting team with five penalty runs. On the other hand, if the match officials think no such violation occurred, then normal play will resume.

According to reports, match officials in the second ODI re-watched the incident after the match. They were satisfied that Quinton de Kock did not attempt to distract the batsmen. Hence, he did not violate any laws.