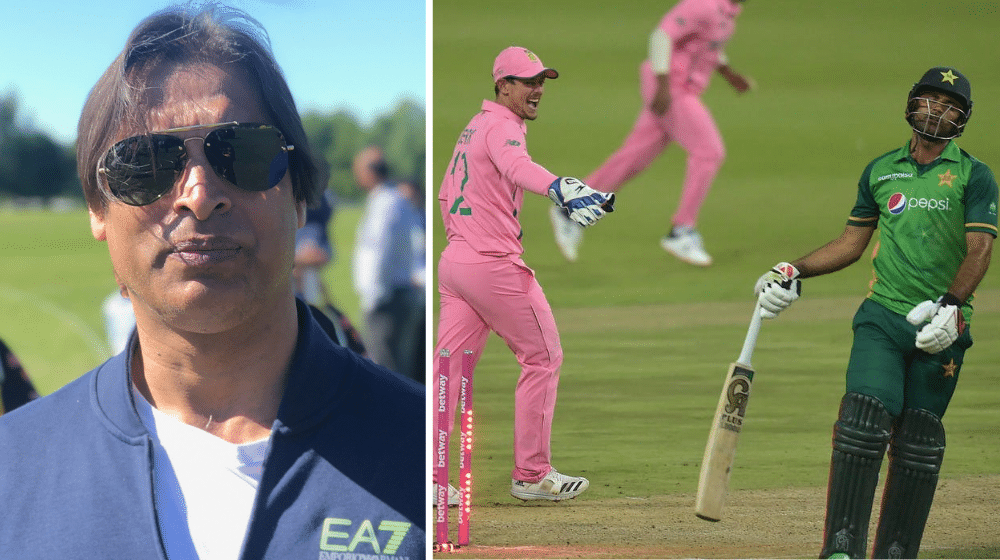 Former fast bowler, Shoaib Akhtar, has expressed his disappointment with the match official’s decision regarding Fakhar Zaman’s run-out incident. Match officials deemed that Quinton De Kock did not intend to distract Fakhar during the second run, as he was calling for the fielder to throw at the opposite end.

The South African captain, Temba Bavuma, acknowledged the role of De Kock during Fakhar’s run-out. He said, “You’ve always got to look for ways especially when things are not going your way, got to find ways to turn [the] momentum around. Quinny did that – I don’t think he broke the rules in any kind of way. It was a clever piece of cricket.”

Akhtar previously stated that De Kock did not cheat but what he did was not in the spirit of the game. He also blamed the match officials, including the match referee, for not taking any action at the time of the incident. Akhtar said that there was no match awareness from the officials. He added that if it wasn’t for poor officiating, Pakistan could have won the match and wrapped up the series.

Pakistan and South Africa will lock horns in the series-deciding third ODI at Centurion on 7 April. Pakistan will be hoping to win the match and win an ODI series in South Africa for the second time in their history.