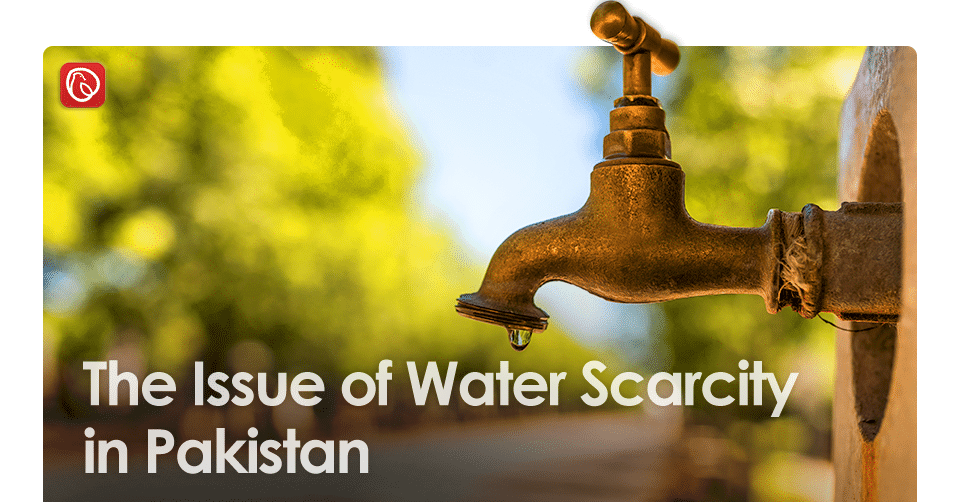 According to the report by the Pakistan Council of Research in Water Resources, if the existing conditions persist the country may run dry by 2025. Coupled with the population explosion, there is going to be an acute shortage of housing facilities in Pakistan with severe water shortages adversely affecting the quality of life of the citizens.

In this article, Graana.com discusses the rising issue of water shortage in Pakistan, along with the repercussions. 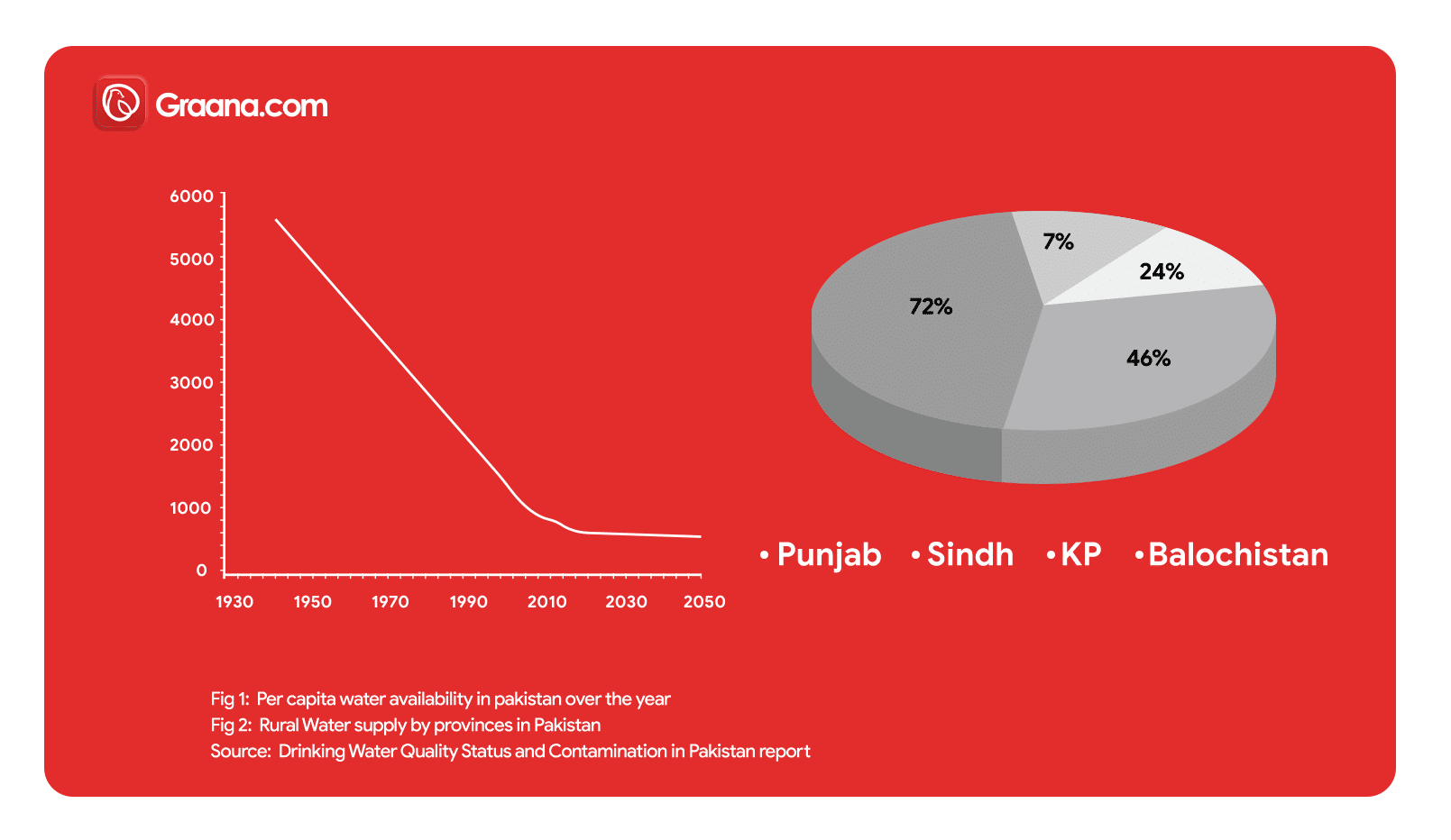 The province with the greatest dependence on rivers and wells for rural water supply is Balochistan which accounts for 72% of the total water supply. It is followed by Khyber Pakhtunkhwa, Sindh and Punjab at 42%, 24% and 7% respectively. The situation is much worse in the urban areas where there are severe shortages of water for even necessities.

According to the Drinking Water Quality Status and Contamination in Pakistan report, the aquifers are the main source of drinking water that provides 70% of the total drinking water supply.  However, the water quality in Pakistan is rapidly deteriorating. The surface water supplies are fecally contaminated while groundwater supplies are unfit for human use due to high levels of salinity.

The drinking water supply in the developed areas is also contaminated and thus not suitable for use according to World Health Organisation (WHO) standards. This is the result of microbial contamination due to improper drainage systems. Hence, it is not a surprise that at least 25 million deaths occur annually due to water-borne issues.

For the cities of Lahore, Gujranwala, Multan, Kasur, and Bahawalpur, high levels of arsenic were found in the water samples. These studies not only show the abysmal water quality in these areas but also suggest similar conditions throughout Pakistan.

The underground water table is under stress in Pakistan owing to the excessive use of tube wells for domestic and agricultural practices. Presently, 1.2 million tube wells are operational across the country where 85%, 6.4%, 3.8%, 4.8% are in Punjab, Sindh, Khyber-Pakhtunkhwa, and Baluchistan respectively. Resultantly, a total of 60 billion cubic metres of groundwater is extracted in Pakistan.

Moreover, more than 80% of the Karez system in Balochistan has dried up owing to excessive use of water. The majority of the urban areas are also using underground water uncontrollably to sustain their daily needs. This has resulted in a massive drop in the water table because water is being pumped up faster than it can be naturally replenished.

A report published by International Development Research Centre (IDRC) in 2016 suggests that Pakistan is in dire need of revamping the urban development plan. The existing infrastructure is inadequate to meet the burgeoning population needs. It creates unsanitary living conditions having adverse effects on health and livelihoods.

According to the United Nations, 45.5% of the country’s urban population was living in Kacha Abadis or informal settlements in 2015. The province-wise statistics are provided by a 2008 World Bank study which shows that a total of 902 Kachi Abadis were present in urban Punjab, 55 in Balochistan, 65 in Khyber Pakhtunkhwa, and 52 in Islamabad.

The situation of the water crisis in households is not a new one. Pakistan has been ensnared in it for decades. With a decrease in water availability and an increase in demand owing to a population explosion, the situation has been rendered much worse. The authorities have also failed to effectively ensure a steady supply of water resulting in the majority of the population either relying on groundwater or private tankers for water supply.

Some even accustomed themselves to rationing of the supply in housing societies. According to a study, the residents of Karachi’s Machar Colony pay  Rs7,000-8,000 a month for the use of water tankers while for the people of Gharibabad, the cost per tanker is around Rs 5,000. This puts a major dent in the monthly expenses of these poor households.

Not only this, the lack of water results in sanitary issues for residents. It leads to the spread of diseases such as trachoma which is an eye infection leading to blindness and other plagues such as typhus. In addition, water scarcity translates into the citizens storing them at home, increasing the chances of contamination and providing the opportunity for breeding amongst the mosquito species transmitting dengue and malaria.

The issues of water and housing need the immediate attention of the government to ensure sustainable living for the populace. Without active steps, the country’s future appears to be a bleak one.