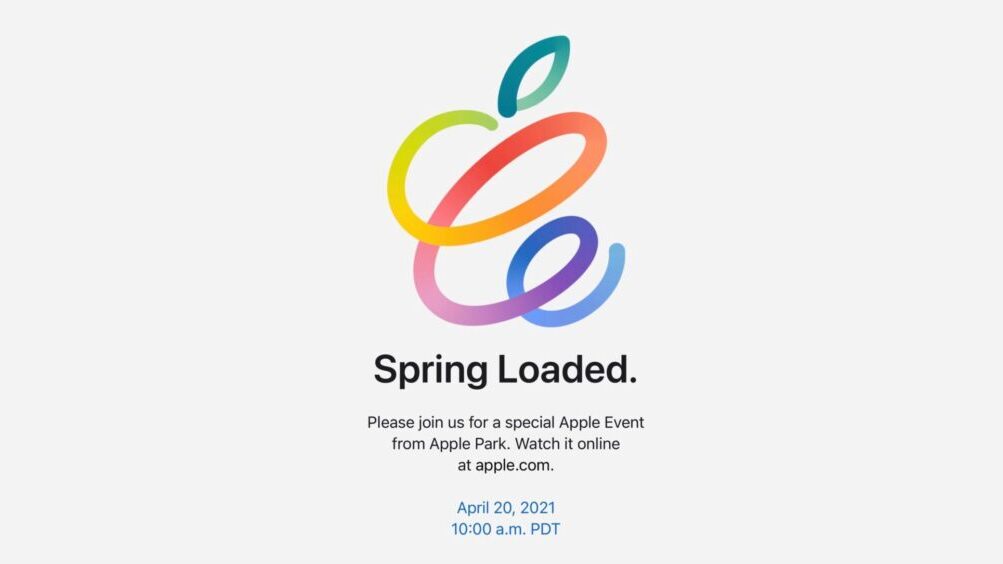 Apple has confirmed its next launch event for the year called the “Spring Loaded” event which will kick off on April 20. The confirmation was first seen on Siri when asked “When is the next Apple event?”.

The official invite shows that the event will be streamed from Apple Park and can be viewed online on Apple’s website. It will start at 10 PM (Pakistan Time) on April 20. The invite does not reveal the products launching at this event, but we have a good idea about what to expect. The event’s tagline “Spring Loaded” could be hinting towards the new Apple Pencil, which makes sense since we are also expecting to see the new iPad lineup at this event.

The new 11-inch and 12.9-inch iPad Pros are expected to launch at this event. They are rumored to have the same design as before, but the top-end model is expected to feature a Mini LED display with better colors, brightness, and local dimming zones.

We may also get to see an iPad Mini with a larger display ranging between 8.5-9″. The forever delayed AirTags could launch at this event as well.

The AirPods 3 are expected to launch during the first half of the year with a design similar to the AirPods Pro. These may have shorter stems and replaceable ear tips.

Apple may also tease upcoming products at this event such as the revamped iMac lineup and new Mac laptops with Apple silicon.