The Federal Board of Revenue (FBR) has been receiving complaints from taxpayers and other users that they have been receiving emails regarding a list of income tax defaulters.

Textile Exports Grew by 9.06% Over The Last Nine Months

The emails instruct the targeted taxpayers to check the attached Income Tax Defaulters List for their details. Some of these emails claim to contain the password for the attached list of defaulters. 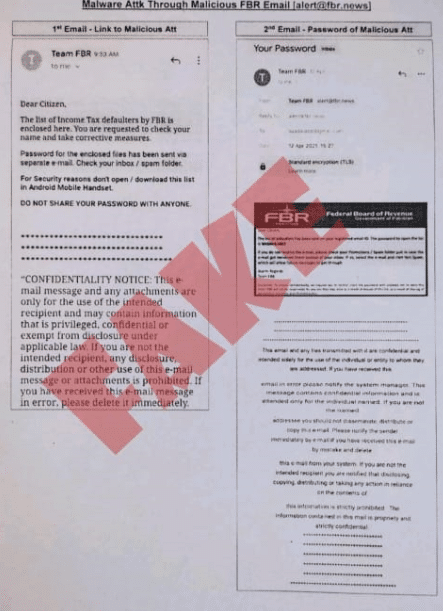 The FBR has warned that the attachments with such fake emails have harmful viruses and malware. This activity appears to be the work of hackers and is a type of spam email that sends viruses and malware to taxpayers and other users.

Mobile Phone Imports Increased by 56% in The Last 9 Months

It has advised receivers not to follow such emails and to immediately report them to the concerned authorities.