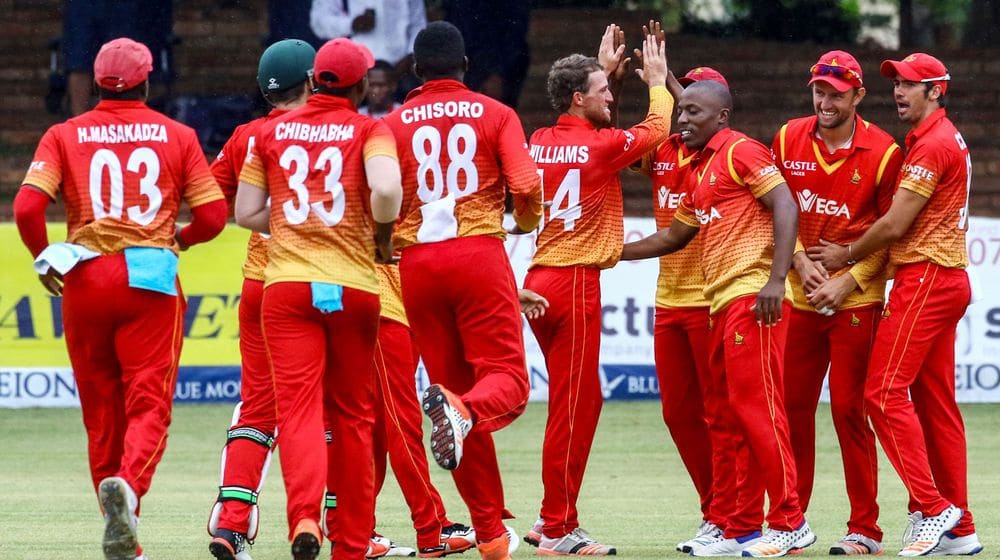 Zimbabwe have announced a 15-man squad for the upcoming three-match T20I series against Pakistan, starting 21 April.

Sean Williams will lead Zimbabwe in the forthcoming three-match T20I series due to the absence of the limited-overs captain, Chamu Chibhabha, who also missed the previous series against Afghanistan due to an injury.

The experienced duo of Brendan Taylor and Craig Ervine are making their comeback to the squad after missing out on the last series against Afghanistan in the UAE due to health issues. The inclusion of the veterans will give a huge boost to the Zimbabwe side. Luke Jongwe, who last played international cricket for Zimbabwe in January 2016, has also returned to the squad.

All-rounder Sikandar Raza will miss out due to an upper arm injury while all of Richmond Mutumbami, Milton Shumba, Brandon Mavuta, Tarisai Musakanda, and Faraz Akram have been left out. However, Musakanda, Ainsley Ndlovu, and Bradley Evans have been placed on standby.

The T20I series between Zimbabwe and Pakistan begins on 21 April and will be played behind closed doors at Harare Sports Club.