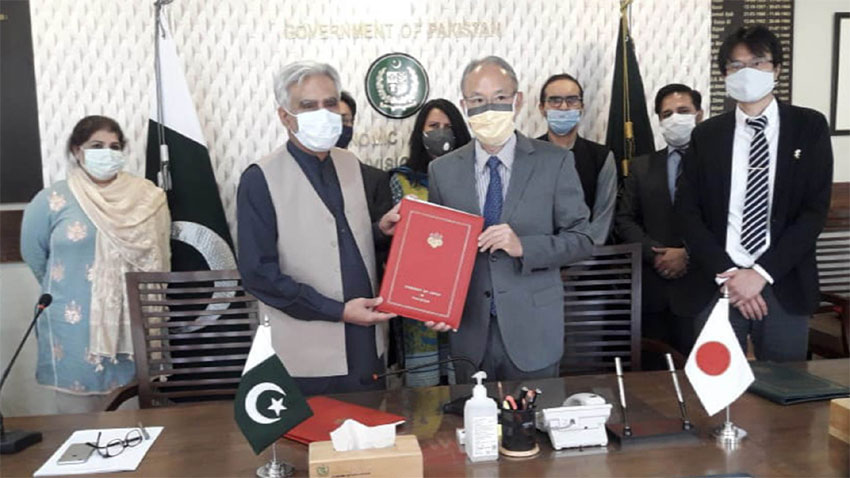 The signing ceremony was witnessed by senior officials of the Japanese Embassy.

In the wake of COVID-19, the G20 countries, together with the Paris Club creditors, announced a Debt Service Suspension Initiative (DSSI) to provide much-needed fiscal space to stressed countries in order to meet their urgent economic and health needs.

The government of Pakistan, taking advantage of this initiative, entered into negotiations with 21 creditor countries for debt suspension amounting to $1.6 billion under DSSI Phase-I (April – December 2020).

The government of Pakistan will repay the suspended amount in 4-years starting January 2022.

On this occasion, Secretary, EAD reiterated his appreciation for the debt suspension provided by the Japanese Government. He highlighted that Japan is the 2nd largest bilateral lender to Pakistan. He also thanked the government of Japan for its generous support for fighting against the COVID-19 pandemic.

He lauded that Japan’s timely support helped Pakistan save the lives and livelihoods of millions during the testing times. He also acknowledged the continued support of Japan for health, education, agriculture, infrastructure, disaster management, and urban services including water supply, sanitation, and waste management.

While speaking on the occasion, Ambassador Matsuda also reaffirmed Japanese support to Pakistan on issues of mutual interest.

Japanese economic assistance has played and shall continue to play a vital role in the socio-economic uplift of Pakistan, he added. Both sides reiterated a strong commitment towards further expanding bilateral economic cooperation.