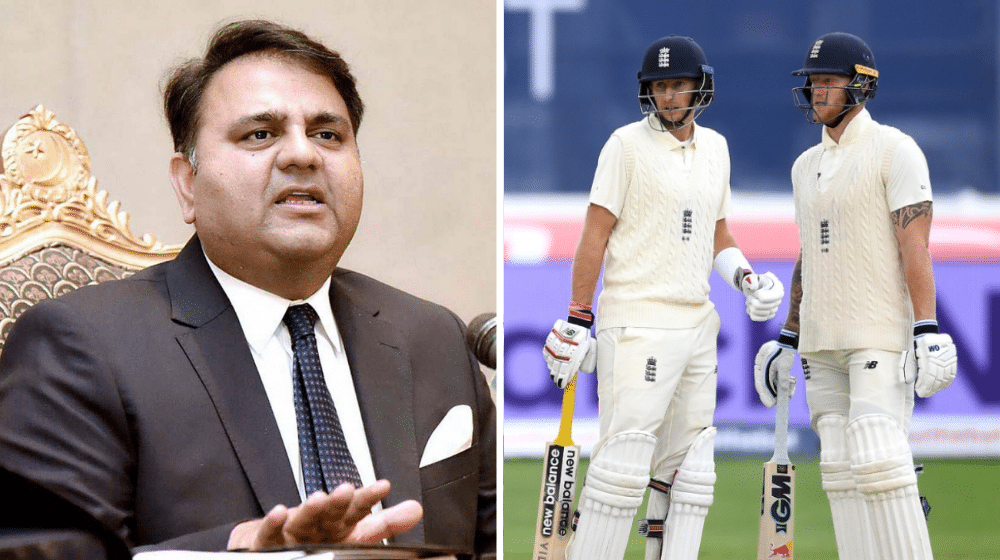 Federal Minister for Information and Broadcasting, Fawad Chaudhary, said that the England cricket team will tour Pakistan next year to take play a Test series. Chaudhary said that he is extremely delighted that England will tour Pakistan for two T20Is later this year and follow it up with a Test tour next year.

Chaudhary recently met British High Commissioner to Pakistan, Christian Turner, with cricket being one of the topics of discussion in the meeting. Chaudhary took to Twitter to reveal the discussion between the two officials regarding the England team’s tour of Pakistan.

Lovely meeting my friend ⁦@CTurnerFCDO⁩ Extremely delighted to know that after the gap of sixteen years,October this year English Cricket Team will be visiting Pak and next year again for a full test series,we have come a long way from the devastating attack on SL team pic.twitter.com/dqb8oms19c

Chaudhary expressed his delight that Pakistan has recovered from the devastating attack on the Sri Lankan team in 2009 and international teams are comfortable with touring the country once again.

England will send their full-strength squad for the two-match T20I series against Pakistan prior to the T20 World Cup. According to the official tour details, Pakistan and England will play two T20Is at National Stadium Karachi on 14 and 15 October, before leaving for India on 16 October to take part in the T20 World Cup.

Pakistan cricket team will also leave for the World Cup on the same day.

The venue of the T20 World Cup is still not finalized yet, with the ICC considering shifting the tournament to UAE after a surge in COVID-19 cases in India.