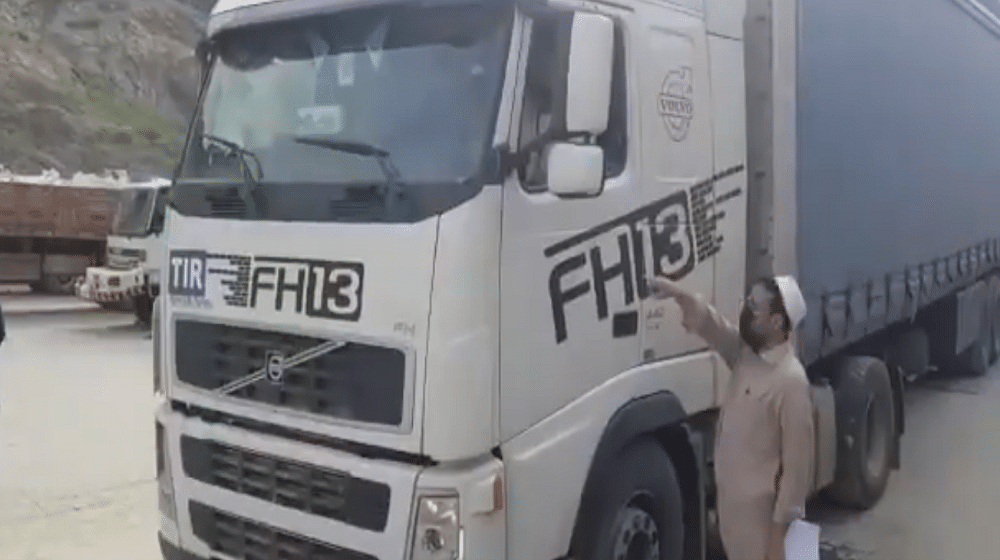 The Embassy of Uzbekistan in Pakistan, together with the Pakistani transport company ‘Best Trans Pvt. Ltd.’ and the Uzbek freight forwarding company ‘Asad Trans’, has implemented the first pilot trans-Afghan logistics project for the direct delivery of Uzbek export goods to Pakistan via Afghanistan.

As the joint action of the embassy with the support of the Ministry of Commerce of Pakistan, the partners of Asad Trans and Best Trans Pvt. Ltd. began working on a project for the direct delivery (via Afghanistan) of Uzbek goods to Pakistani cities in January 2021 according to the ‘supplier’s warehouse — importer’s warehouse’ scheme.

The success of the project will significantly reduce the cost of the transportation of Uzbek goods, including shipping at the Uzbek-Afghan border and subsequently at the Afghan-Pakistani border in accordance with the TIR CARNET Convention of 1975, of which Uzbekistan, Afghanistan, and Pakistan are members.

On 11 May 2021, a cargo vehicle with Uzbek license plates safely crossed the Afghan transit route within two days and reached the Torkham checkpoint in Peshawar. After the completion of customs clearance, the truck will reach the importer in Faisalabad.

The Adviser to the Prime Minister on Commerce and Trade, Abdul Razak Dawood, tweeted about this accomplishment on Wednesday, saying, “MoC [Ministry of Commerce] is pleased to inform that a new milestone has been achieved with the first-ever truck from Uzbekistan reaching Pakistan under the TIR Convention. This was the result of collaboration between the transport companies of the two sides”.

MoC is pleased to inform that a new milestone has been achieved with the first-ever truck from Uzbekistan reaching Pakistan under the TIR Convention. This was the result of collaboration between the transport companies of the two sides. pic.twitter.com/P1iGLh3eT7

He added, “This follows the successful shipment of first-ever cargo from Pakistan to Uzbekistan earlier this month. This is the beginning of a new era where trucks from both sides will take trade cargo to and from Karachi and Gwadar ports”.

The partners of Best Trans Pvt. Ltd. and Asad Trans are planning to increase the number of freight vehicles to 50 units by the end of the year to ensure the smooth circulation of goods by Uzbek trucks.

The Chairman of Best Trans Pvt. Ltd., Ramiz Rabbani, remarked that the entry of the first Uzbek truck into Pakistani territory is a historical event, as the previous Uzbek-Pakistani economic relations had not involved the implementation of the delivery of Uzbek export goods directly to Pakistan through the freight transport of the Republic of Uzbekistan.

He added that the expected signing of intergovernmental agreements on preferential and transit trade between Uzbekistan and Pakistan will be an impetus for the development of interregional freight circulation through the trans-Afghan route.