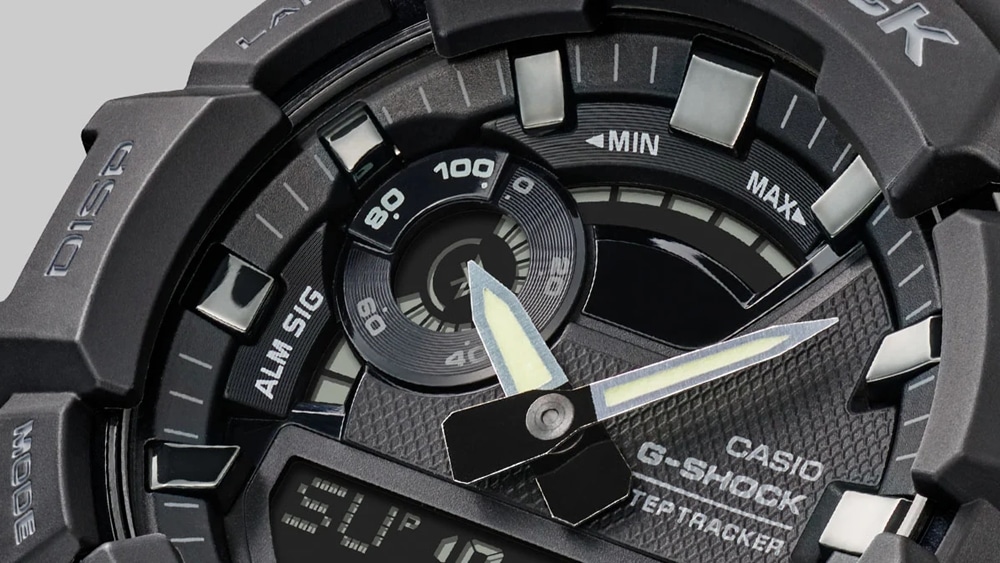 Casio has launched its most affordable G-SHOCK series fitness watch that is a mix of digital and analog components. The watch comprises several features that make it the perfect luxury fitness watch and well-being companion at a lower cost.

The watch follows the typical Casio G Shock design convention. It has a similar rugged look but has an overall slimmer form factor. The casing is 16.6 mm thick and the dial measures 51.3 × 48.9 mm. Since the wearable comes with a lower price tag as compared to its G Shock counterparts, it lacks some of the basic functionalities that have been the hallmark of smart wearable devices. Although it comes with a number of built-in sensors to track your activities, it does not feature blood-oxygen or heart-rate sensors.

It also has an accelerometer with several features such as 5-alarm mode, shock and water resistance, 48-city world time, and a double LED light that illuminates the device.

The watch communicates with the G Shock Move app using Bluetooth connectivity. The app can display steps, running distance, and other performance metrics tracked by the watch.

The Casio G-Shock GBA900 is currently available for pre-order at a retail price of $130.

Huawei is Holding a Launch Event in June