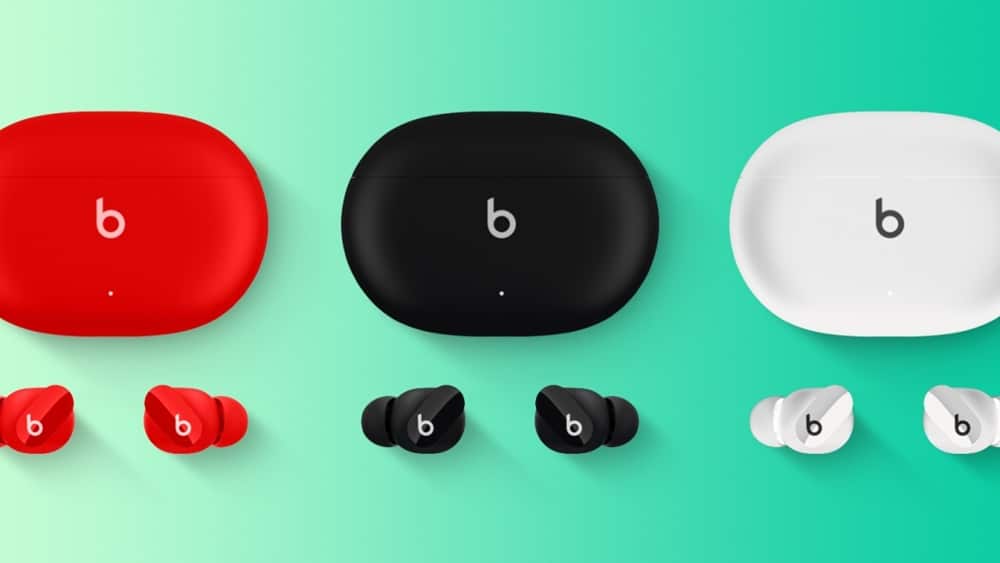 Apple’s AirPods lineup which consists of the regular AirPods and the AirPods Pro is not the company’s only audio venture.

The Cupertino also owns the Beats brand and since its acquisition in 2014, Apple has released many beats products sporting its W1 and H1 chipsets. Now, the company is working on new Beats true wireless earbuds called the Beats Studio Buds.

According to a recent report by MacRumors, traces of the earbuds were found in the tvOS 14.6 and iOS 14.6 betas. These buds feature a pretty distinct design compared to other earbuds made by Apple under the Beats branding. Typically, the company launched wireless earbuds with an ear wrap design, however, this time it is going for an in-ear design.

The design is more like something we would find in earbuds from companies like Sennheiser, Sony, or Samsung. In addition to this, unlike AirPods, they don’t have a stem and have a rather compact build with silicone ear tips.

As far as the case is concerned, the earbuds will come with an oval-shaped charging case like the AirPods. It will be available in multiple colors, including, but not necessarily limited to, red, white, and black. Details about the internal specifications and the launch date are scarce. We’ll update you as soon as we hear more about the Beats earbuds.