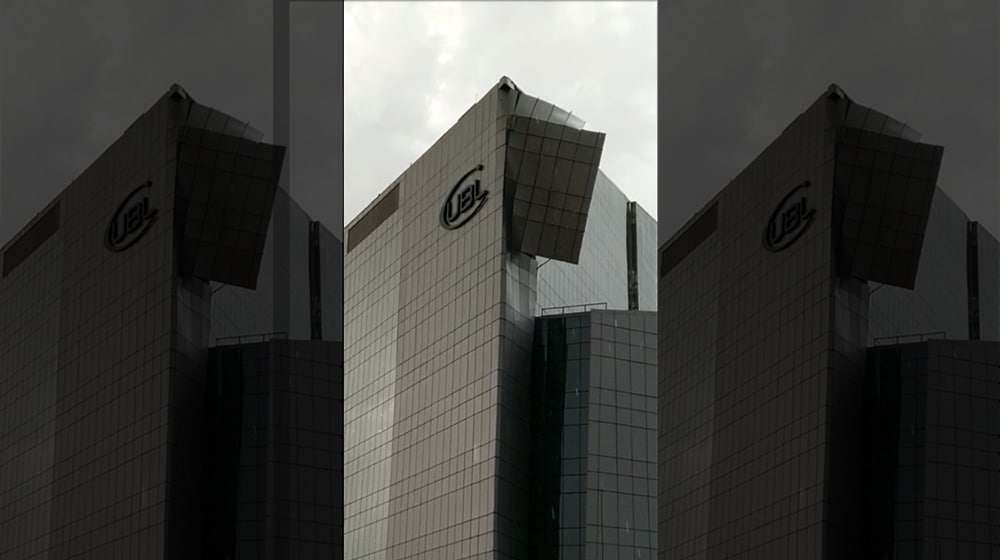 Besides nature shedding some of its load on the open skyline of the port city, a spine-tingling window of horror ensued after the UBL head office took some damage when the storm intensified.

The storm proved to be too much for the windowpanes of the majestic UBL building as they started breaking off. The following video shows the exact moment when this happened:

Many netizens stormed on Twitter with their take on the incident, with many posting videos of debris falling down on parked cars below from the top of the building.

Is this the UBL building on I.I. Chundrigar Road? Can anyone confirm? pic.twitter.com/Me1Lqg3nit

While some commented that the architect and builder be jailed for their apparent failure to construct a stormproof building, others argued that “when nature does its thing, stand still”.

Keeping in view the events that unfolded, the bank released an official statement for its customers. It read, “UBL would like to express its gratitude to all those who have expressed their concern over the Bank’s Head Office building mishap during the recent storm. We would like to assure everyone that by the grace of the Almighty, no injuries have ensured from the falling debris.”