The Pakistani Rupee continued its downward trajectory once again as it went down by Rs. 67 paisas against the US Dollar, crossing the Rs. 154 boundary once again.

Rupee Witnesses Another Big Drop Against the US Dollar

The GDP projections that have been making headlines might have signaled a position of strength for the PKR in the international currency market, but today’s movements turned out to be different.

Regarding this, the former Treasury Head at Chase Manhattan Bank, Asad Rizvi, said earlier in the day, “Today Rupee is expected to open with a weaker tone around 154 levels against yesterday’s SBP close of 153.6982”.

Today Rupee is expected to open with a weaker tone around 154 levels against yesterday’s SBP close of 153.6982.
Yesterday in the I/B market, demand for Dollars by banks was witnessed during second half,pushing PKR lower. The was expected due to Eid holidays

He wrote on his twitter, “Yesterday in the I/B market, demand for Dollars by banks was witnessed during the second half, pushing PKR lower. The was expected due to Eid holidays”.

According to dealers, there is demand seen in the market for the dollar which dragged the rupee down. Importers are aggressively buying in the market, as they want to meet their obligations before the end of the current fiscal year, ending June 30, 2021.

Earlier, the experts familiar with the matter also said that the local unit is under pressure, despite the fact that consistent dollar inflows from overseas Pakistanis had helped the Rupee to remain steady. 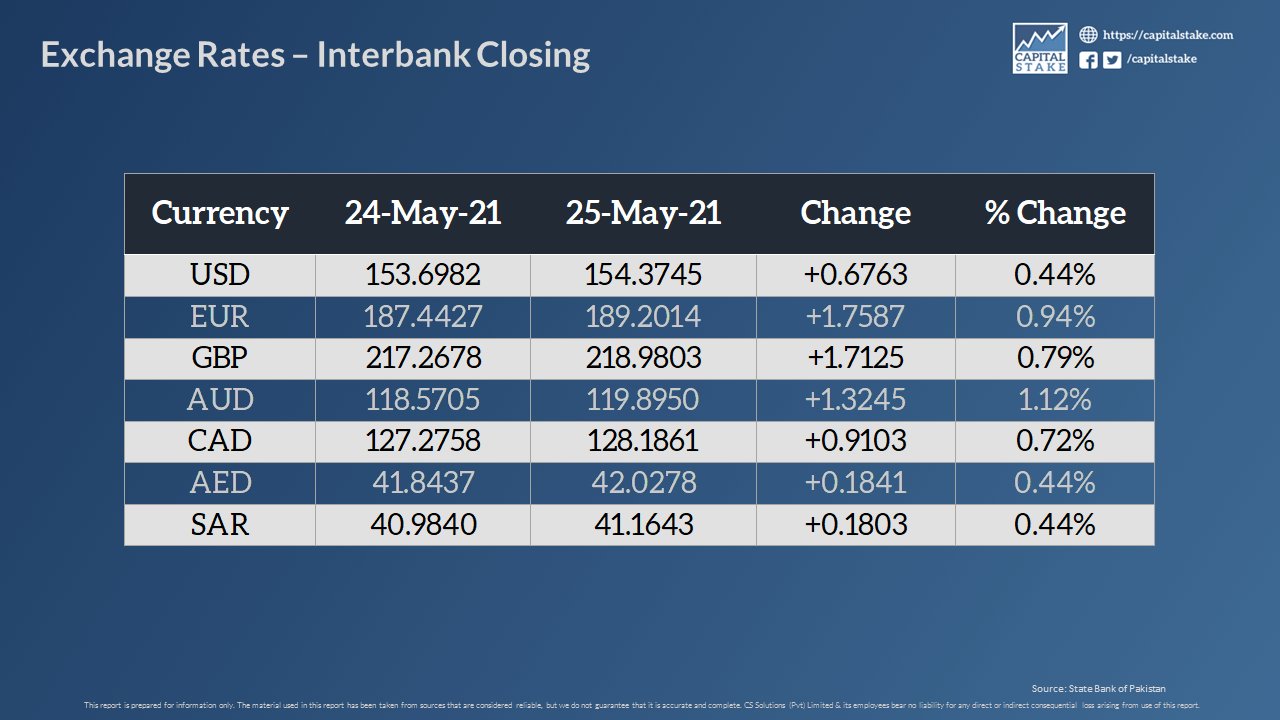 The Rupee posted blanket losses against all major currencies today.

It posted a significant loss of and Rs. 1.75 against the Euro, posted nearly the same loss against the Pound Sterling (GBP) of Rs. 1.71.

Rupee Finally Breaks the Losing Streak Against the US Dollar

It also lost 18 paisas against both the UAE Dirham (AED) and the Saudi Riyal (SAR) in the interbank currency market today.